Interested in investing in the stock market? Get started with Axa by taking a look at our comprehensive guide. 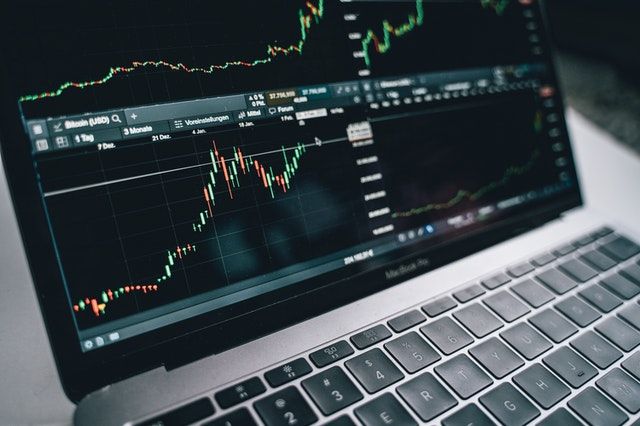 One of the best known and most popular stocks on the stock market is AXA. A leader in the insurance and finance sector, Axa has managed to make a profit even in times of crisis. This guide will provide you with information about the AXA group to help improve your stock market analysis.

A short history of the AXA group

AXA is a French international group specialized in insurance and asset management. Created in 1984 by Claude Bébéar, the firm is the result of the merger of several companies and mutual insurance companies. The company name AXA was adopted in July 1985 following the takeover of the Drouot group by Mutuelles Unies.

The AXA Group has a strong history of merging, creating subsidiaries and buying and selling shares with several companies in several fields and in several countries. Examples include UAP, which was bought by AXA in 1996, Sanford Bernstein, acquired in 2000 to create Axa Bank Belgium, or the sale of AXA Canada in 2011.  In early 2020,  AXA sold its activities in several countries, including Poland and Slovakia, for one billion euros.

AXA is the world's number one insurance company. The group's activities include life insurance (sale of retirement, pension, savings and health plans, to both individuals and companies), property and casualty insurance (products include automobile, home, other property and liability insurance), technical and medical assistance services, asset management and other activities such as banking.

The distribution of capital is as follows:

When it comes to partnerships, the AXA Group is flexible in signing agreements with different types of companies and associations. Partnerships include Alibaba (online distribution of products), ING Bank (promotion of insurance products and related services online), Macif (microcredit), Blablacar and Deliveroo, Club 14, AGIPI and GIEPS.

The breakdown of revenues by activity is as follows: 50.5% by life insurance, 47.2% from property and casualty insurance, 1.8% from asset management and 0.5% on banking and other activities.

AXA shares on the stock market

The company is a leader in the European insurance market, and the AXA share influences the evolution of the CAC40 index. The share is listed on the French market Euronext Paris in compartment A. The market capitalization for AXA is €55,864.80 million, for 2,418,389,408 shares. The average share price is €22,655.

In order to appreciate the price of this stock, there are a few factors that need to be followed closely.

The group has achieved a 19-point increase in customer satisfaction on the Net Promoter Score and remains above average. This may indicate customer confidence in the group's products and services.

AXA's positioning in emerging markets can influence its valuation. It is therefore necessary to follow the evolution of these markets and the economic conditions of the countries where AXA operates closely.

The AXA Group is also moving towards digital experiences. The development of online sales of products and services will have a big impact on the group's productivity.

It is also advisable to monitor statistics on claims and damages, such as weather catastrophes, which can influence the insurer's profitability.

Also to be followed closely is the evolution of interest rates in life insurance or savings, which has a big influence on the sale of products.

The financial crisis has made investors wary of the financial and insurance sectors. It is therefore necessary to monitor investment trends, especially as demand in other more topical sectors such as medical research has increased considerably.

The impact of Covid-19-related claims: the operational impact in property-casualty insurance and of solidarity measures amounts to billions of euros. AXA benefits from a solid financial position and various business lines to spread this operational risk. However, there are uncertainties about the company's long-term risk absorption capacity in the face of the pandemic.