Real estate and financial assets are returning to growth, but could experience a market correction in 2022 according to some experts. Let's take stock. 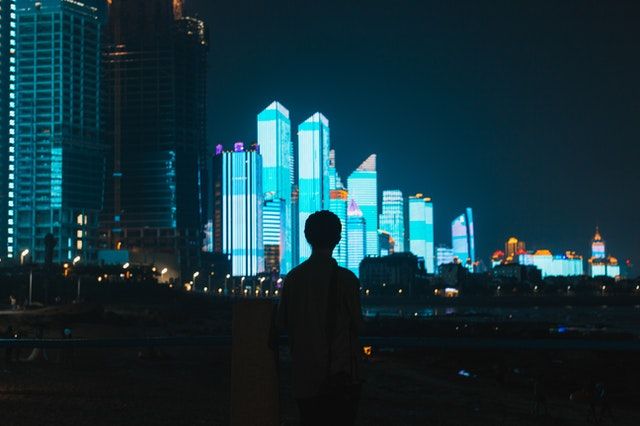 The Covid-19 health crisis left its mark on the global economy in 2020, resulting in an unprecedented period of recession that affected all sectors of activity. Real estate, which is considered a safe haven, slowed down considerably. For its part, the stock market also showed strong declines. However, activities have recovered and have even enjoyed a certain rebound. This seems to reflect investors' renewed confidence in the future. However, it’s important to have a head start when it comes to investing. In order to predict trends for 2022, start by taking stock of the situation.

In 2019, the French real estate market had a more than favorable year, with a 3.7% increase in prices and an average cost of €2,110/m². Although everyone was anticipating a similarly buoyant 2020, containment measures have stopped that momentum dead in its tracks.

A recovery with a rebalancing of property prices

This sudden halt affected real estate operations, of which only the highest priorities remained on the desks, but with a considerably longer processing time. On the other hand, the construction sector also suffered a generalized halt in construction due to a lack of personnel and materials supply. The sector has thus shown a decline in both supply and demand. However, despite the slight drop in prices, the latter quickly returned to their former levels in the aftermath of the crisis, particularly with the arrival of vaccines. For its part, the construction sector has benefited from an agreement with the government to allow construction to continue. However, the sector will still need several months in 2021 to catch up.

However, the housing market has shown a lasting change after the crisis. Indeed, 17% of households have chosen to leave the big cities to live in smaller places (need for green space). On the other hand, the rise of Work From Home has also influenced the change in rental demand. The result is a search for a price balance between large cities and small towns.

The containment measures have affected everyone in the real estate industry, from the granting of credit and loan insurance, to the signing of promises to sell, to construction. Indeed, applications for home loans fell by 71% from March 2020 and dropped by up to 85% in April.

On the other hand, the processing of files was slowed down by containment measures and teleworking. However, loan applications picked up in May 2020 and almost returned to the levels of the previous year.

This was accompanied by a slight uptick in interest rates, which had bottomed out in November 2019 at 1.12%. The lockdown thus had little impact on rates, although many banks adopted a freeze policy. After the resumption of business, rates on the other hand have continued their discreet rises, but nevertheless remain at very low levels. This promises to provide good support for transactions.

State of the stock market

While the start of 2020 saw financial investors enjoying as favourable an investment environment as 2019, the announcement of the first case of Covid blew away expectations. The marketplaces moreover recorded huge losses as soon as containment was imposed on more than half the world's population.

In fact, it only took 22 days for the US equity market to record a 20% loss in 2020. In Europe, the decline was more dramatic, reaching 40%. Faced with this degree of volatility, many companies were forced to sell off their assets. This accelerated the decline in the markets.

A rapid recovery in prices and a more than optimistic 2021

In order to ensure that the economic slowdown due to Covid-19 remains temporary, governments and financial authorities have adopted exceptional measures. Indeed, central banks, including the ECB and the FED, compensated for the market downturn by buying back assets.

Markets regained confidence at the end of 2020, thanks to the announcement of the vaccine against the coronavirus. Nevertheless, the European markets ended the year with a 5.1% drop in the EURO STOXX 50. However, the international assets show a better situation by ending the year positively with notably a 6.11% increase for the MSCI World. For the year 2020, however, it is China that is doing best, with an increase of 18.55% for the MSCI China.

These performances were mainly driven by growth sectors, including technology and healthcare. In the US, the election of Joe Biden was also a factor, as he was able to implement his economic stimulus programs. The market fall was also offset by the agreement around Brexit which was able to be signed between the EU and the UK after four years of negotiations.

The increase of the rates of the real loans could decrease their accessibility to certain households. Indeed, even if the government has promised to put in place certain emergency plans and even if the ECB aims to keep rates low, certain factors must be taken into account. This concerns in particular the health of companies from which the latest recommendations of the High Council for Financial Stability stem. The latter invites the banks to set up stricter conditions as for the granting of real loans.

However, according to recent data, stone remains the preferred investment sector of the French. Indeed, as of May 2020, there has been a consistent increase in the number of transactions compared to the same period in 2019. According to the same surveys, 14% of households want to invest in a house with a garden. Following lockdowns , 10% of French people prefer properties located outside the cities and 8% are attracted by the properties by the sea. Faced with these new trends, investors must therefore carefully select their rental strategies, as well as their locations.

As far as prices are concerned, the major French cities did not experience any decline following the confinements. On the contrary, sales increased in the wake of the crisis and were reflected in Paris, for example, by a 0.5% increase in prices over a three-month period. The increase was 1% in Toulouse and Nantes, and even reached 1.9% in Lyon. Moreover, these sales concerned both new and existing properties. Currently, prices seem to be stabilising and the strong recovery of the sector means that the market cannot be expected to collapse in the long term.

The many assets of the real estate sector also allow us to remain optimistic. Indeed, with the current strong demographic growth, an increase in the demand for housing is expected for 2022 and the following years.

The French currently have more confidence in property investment than in other speculative investments. They see it as a safe haven and a way to build up an estate to pass on to their children.

2022 predictions for the financial market

In order to anticipate the best asset sectors in which to invest in 2022, it is necessary to look at the dividend forecasts of the largest companies. The latter are quite optimistic, since they can be reinvested in the development of these same companies. Indeed, despite a downward revision for the year 2021, the levels of dividends have finally been kept at the same level as those of 2019.

On the other hand, one can also take into account the forecasts of experts and the regular communications made by the specialized futures markets. The latter seem to present the Covid-19 crisis as having no effect on economic cycles. The health crisis has had many economic consequences. However, these have mostly remained within the framework of the supply-side policies of central banks, including the ECB, the Banque de France and the FED. On the other hand, the general trends of the OECD countries follow a supply cycle that is not part of the long Kondratieff business cycles that last 50 to 60 years.

This means that the recovery period following the crisis cannot change the current cycle. In fact, the cycle is set to continue for another 15 years. Moreover, the current cycle is mainly dominated by the technology sector. In this respect, innovations, the rise of the internet and artificial intelligence are in favour of the markets. Moreover, they will boost productivity and asset returns.

The rapid recovery of the financial market is undoubtedly due to the support of governments and central banks. The massive purchase of financial instruments and the fall in interest rates have contributed to the rise in share prices and the renewed confidence of investors. This means that, after the crisis, investors still have a positive view of the future of the best-performing companies.