What is the impact of NFPs on the stock market ?

NFP, or Nonfarm Payrolls, is one of the most eagerly awaited indicators on the stock market that impacts not only Forex but also many other assets. 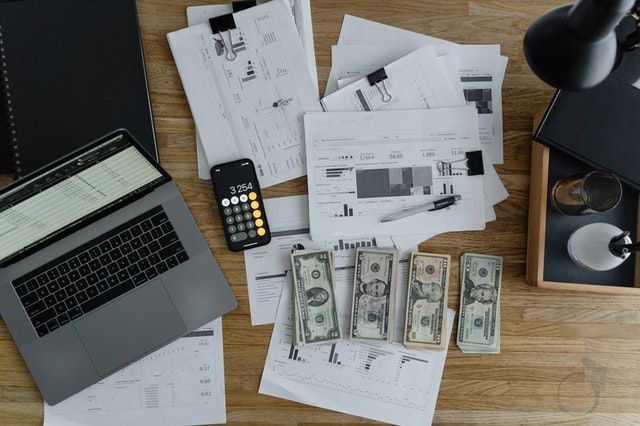 US NFP or Nonfarm Payrolls is one of the most important factors influencing the currency exchange rate. It not only affects the US dollar, but can extend to all currency peers. Sometimes it can even affect some assets not included in Forex.

The NFP is published on the Friday of every month. Usually it is accompanied by an increase in the volatility of forex prices and other stock market assets. It would be dangerous to trade the NFP because of a wider spread. However, those who know how to trade NFP can benefit greatly.

What is the NFP report ?

NFP or Nonfarm Payrolls is an indicator that measures the number of non-farm jobs created in the United States, including the goods, services and construction industries. It does not apply to farm workers, workers in the nonprofit sector, private and public sector employees, and volunteers.

This indicator is published every first Friday of the month at 8:30 a.m. New York time by the Bureau of Labor Statistics. The figures announced on that day are for jobs created in the previous month.

This indicator is one of the most important in the market, as it reflects the health of the U.S. economy. It mainly influences the value of the dollar and its parity with major currencies. The logic is actually quite simple: the higher the number of jobs, the higher the wages distributed. As a result, household spending will increase.

This spending will then have a considerable impact on the country's GDP. An upward trend of this indicator will therefore have a definite positive impact on the Dollar. However, a risk of inflation in the national economy cannot be ruled out.

What is peer volatility ?

To better understand forex volatility after an NFP release, note that this indicator is also subject to forecasting. Generally, the impact of the figures on the currency market is only significant when the value of the indicator deviates too far from the forecast. Nevertheless, the almost systematic high volatility of currency pairs is only the result of overreactions by major traders.

Which currencies are affected by the NFP ?

USD currency pairs are the most affected by the NFP. However, it is not uncommon for other currency pairs to be impacted as well. For this reason, this indicator influences all forex traders, including those who primarily trade the USD.

Impacts of the NFP on the FED

The impact of the NFP on the real economy is not just speculative. Indeed, this indicator is taken into account by the FED or the US Federal Reserve. This institution can influence the American and world economy by changing its key rate.

If the NFP disappoints, for example, the FED may be tempted to stimulate the economy by lowering the policy rate. On the other hand, a favourable NFP could cause the FED to raise the policy rate in order to stabilise the economy.

The impact of the NFP on forex prices

Usually, after each NFP announcement, the market goes against the grain before stabilizing. If the NFP is favorable, the EUR/USD pair will initially go up, precisely within 5 minutes of the announcement. This should be favorable for the US dollar. The situation then stabilizes over the next few hours.

If the NFP is unfavorable, the dollar gains points against other currencies within 5 minutes of the announcement. For some traders, this is the time to take a position and go against the grain.

In reality, this abnormal reaction of the market is due to the behaviour of market makers. Indeed, during this period, the latter chase their clients' stops since they have the advantage of knowing them. After their reaction, the prices then move towards the normal trend.

Strategies for trading the NFP report

In the short term, it is wise to bet on a position that is contrary to what the normal market movement should be.

One possible strategy is to establish a range around the initial value. This will allow the capture of any upwards or downwards breakout movement. This is a breakout strategy. Quick execution and good management of fairly violent positions will then be necessary after the announcement itself.

Another strategy is to follow the momentum of price movements. This approach, also called momentum strategy, requires speed of execution. For this reason, it is best reserved for professionals.

In the medium term, the market is likely to react normally to the announcement. If the NFP is fairly close to expectations, prices should stabilize quickly. If it is favourable, the dollar will gain a few points against other currencies, and vice versa. The idea is therefore to let the movements pass and then to take a position on a probable normal market evolution, 15 or 20 minutes after the announcement. This strategy is especially recommended for beginners.

In the long run, trading NFPs is like following the US economy itself and the various indicators at your disposal. This means that you need to have an in-depth knowledge of the global economy. You also need to be able to interpret and speculate on the various news events that could impact the global economy.