Interested in investing in Walmart? Find out everything you need to know about Walmart stock prices in this article. 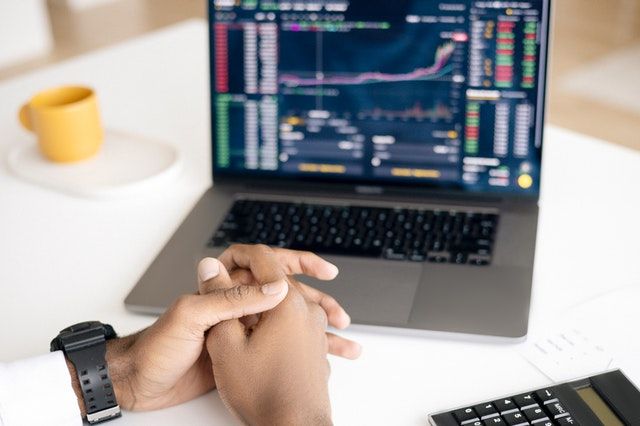 Walmart is an American company and mass retail leader. Its headquarters are located in Bentonville, Arkansas, USA. In the space of 50 years, the company has seen its sales multiply by more than 10,000. The current value of its stock is 1,400 times higher than it was at the time of the IPO in 1970, if stock splits are not considered. What explains this spectacular growth?

Walmart was founded in 1962 by Sam Walton, who opened his first store in Rogers, Arkansas. From the beginning, he was able to distinguish himself from his competitors, in particular thanks to his talent as a seller and his vision for his company. He had the idea of partnering with producers and suppliers to lower prices and save customers money.

His idea worked so quickly that by 1967, the number of Walmart stores had grown to 24. Since then, the company has continued to expand throughout the United States, becoming a retail leader.

Despite the death of its founder in 1992, the company continued to thrive by expanding into other countries, including Mexico, China, Canada and the United Kingdom. In the early 2000s, Walmart introduced a service that allowed consumers to purchase products online.

Wal-Mart Stores Inc. is currently the largest retail chain in the world, with more than 10,000 stores on five continents. 71% of its sales are generated in the United States through just over 4,000 stores, warehouses and supermarkets. Approximately 6,000 stores in other countries account for 29% of the group's sales.

In 2020, the company's sales value was 523.96 billion USD, making it the largest company in the world in terms of revenue. Its net profit was 14.88 billion USD.

Recently, the company partnered with leading payment and money transfer service Western Union. It also has partnerships with Microsoft, Shopfy and Google. Among Walmart's hundreds of competitors in the industry are Target Corporation, Carrefour S.A, Amazon.com, Tesco PLC and Toys "R" Us.

Introduction and quotation of Walmart shares

Wal-Mart Stores Inc. went public in the 1970s and is listed on the New York Stock Exchange (NYSE). The initial value of one share was $47. Since then, it has done 9 "2-for-1" stock splits. In simple terms, a person who owned one share of Walmart stock in 1972 now owns 512 shares. Its market capitalization was $406 billion in 2020, with nearly 3 billion shares issued.

Before buying Walmart stock, it is important to understand the variables that can cause its price to fluctuate. First of all, it is necessary to analyze the growth of consumer demands in emerging countries. In this sense, the expansion of new distribution companies in these countries can take over its market share. It is also necessary to seriously study the online consumer market.

Even if Walmart has been able to improve its e-commerce performance, it is important to analyze the performance of its competitors in the same sector. The company's share price also depends on the costs of its 2.3 million employees in 20 countries. New legislation or decisions concerning personnel will impact the company's results in the long term and cause its share price to fall.

Advantages and disadvantages of Walmart stock

Walmart has a dividend-sharing policy. For the past 40 years, the company has paid dividends to its shareholders without interruption. The amount of a share has grown by 5.23% per year over the past 10 years. In 2020, the company's P/E (which is 27.3) is considered high compared to the US average (15). Indeed, investors are willing to pay USD 27.3 to have USD 1 in annual profits.

This can be explained by the group's current position in the retail sector, which represents a lower risk for shareholders, despite the low return. However, Walmart has faced several lawsuits regarding competition and labor laws, which could tarnish the company's image in the future.