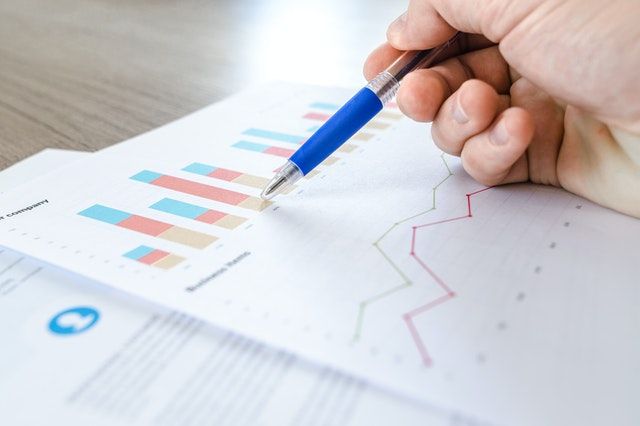 Vivendi is a French media company that operates in the communications sector. The company has a strong presence in more than 100 countries around the world. Before investing in Vivendi shares, it’s important to find out everything you can about the company’s financial results and stock market situation.

Read this article for statistical, financial and stock market information about Vivendi alongside the history of the company from its founding to the present day.

At the beginning, Vivendi was very different from what it is today. It was originally known as the Compagnie Générale des Eaux. Created in 1853 by King Napoleon III, the company is also the ancestor of the Compagnie des eaux de Paris founded by the Périer brothers.

Until 1976, the company focused on water distribution. From that year onwards, it opened up to other activities, including transport, energy, waste management, construction and the real estate sector.

In 1983, it became part of a pay TV channel project with Canal+. From then on, the Compagnie Générale des Eaux was under the control of the Société Générale d'Entreprises (SGE).

The company ventured into media in the 1990s with telecommunications and media services.

In May 1985, the company's name was changed to Vivendi. The group was then structured in two distinct areas: communications and the environment.

Gradually, the group disengaged from other activities to focus on communication and media. It continued to grow in the media sector by acquiring media companies and selling construction and service companies (JC Decaux, SGE, etc.).

In the early 2000s, Vivendi went through a difficult situation and was on the verge of bankruptcy. This was followed by the departure of Jean-Marie Messier in 2002. Vivendi's announcement of a loss of more than 23 billion euros shook the financial world.

After a series of failed turnaround attempts, the takeover of Vivendi did not materialize until after 2006. Since then, the group has continued to develop to become what it is today: a communications and media industry leader.

Key dates for the company

Vivendi's shareholding structure is as follows:

The company focuses on the production of digital content and media such as video games, music production and television.

Investing in Vivendi: what do the numbers say ?

Vivendi is one of the few companies to have shown good resilience in 2020. Despite the crisis, Vivendi escaped the slowdown. It even gained customers due to lockdown measures. In a difficult context caused by the coronavirus pandemic, Vivendi reported profits that went beyond predictions.

To invest in Vivendi stock, financial information is important both in terms of achievements and forecasts. The share price trend is also essential as it shows the real situation of the share on the stock market.

Vivendi is a French company with a high market capitalization of around 33 billion euros at the end of 2019. The share is listed in the Euronext and CAC40 stock market index under the code VIV. It is therefore listed on the Paris stock exchange. Before the crisis of 2002, Vivendi Universal's share price reached a record high of 145.16 euros on March 10, 2000. In 2002, the share price dropped to its lowest level of 8.35 euros. Currently, the share price is around 30 euros.

2020 showed good results despite the health crisis. The turnover increased by 1.2% compared to the previous year. Indeed, it increased from 15,898 billion euros to 16.09 billion euros. Net results group share regressed: 1.44 billion euros in 2020 and 1,583 billion euros in 2019. But the 2019 result includes a tax benefit thanks to a special tax regime. On a like-for-like basis without this tax benefit, net income attributable to the group rose by more than 29%.

On May 4, 2021, the price of a Vivendi share was 29 euros. The share price has not changed significantly and has been hovering around the 30 euro mark since 2001. It is worth noting, however, that the share price has recovered well from the crisis of 2020 with a gain of 51%.