Dogecoin was launched to make fun of other cryptocurrencies. But to everyone's surprise, it rose to fame. Find out the details of the story here. 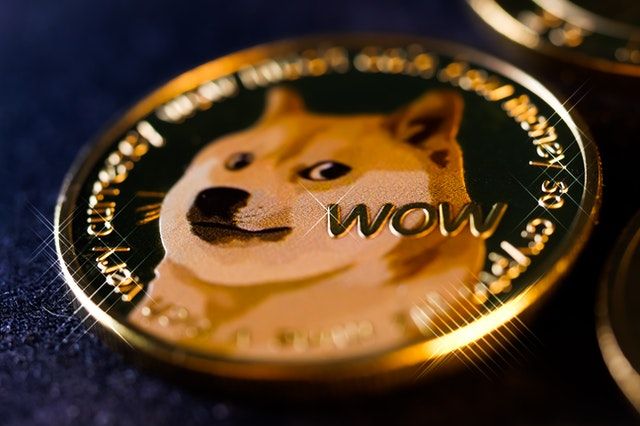 In 2013, Dogecoin was issued to mock other cryptocurrencies, which were frowned upon at the time. Since then, Dogecoin has come a long way. Just one month after its creation, its capitalization reached $60 million. This virtual currency continues to generate considerable interest.

Dogecoin is a cryptocurrency featuring a dog, the "doge" better known by its original Japanese name Shiba Inu. Against all odds, its capitalization reached $60 million in 2014. A big surprise, because at its inception, this crypto was launched as a joke.

Like all virtual currencies, it relies on blockchain technology to function. Dogecoin therefore disregards the existence of a central authority to control or regulate all transactions. In return, the blockchain protocol allows it to keep all its information secure.

Note that you have to mine to issue Dogecoin. Unlike Bitcoin, which is limited to 21 million only, Dogecoin has no limit. But this situation is not without consequence on the value of this virtual currency. According to Forbes, this lack of limitation creates inflation which is the reason for the crypto's depreciation.

This former IBM engineer is the founder of Dogecoin. Originally from Portland, he originally aimed to create a fun and playful cryptocurrency. His goal was to:

Billy Markus even considered Dogecoin to be the cryptocurrency of "fools". For this reason, he referenced it with the currency used in the Nintendo game Animal Crossing in 2013.

Jackson Palmer, Adobe's Sydney-based marketing manager, began to take an interest in Dogecoin shortly after its inception. Encouraged by a study from Front Range community College, he took hold of the Dogecoin domain.

His involvement is shown by the display of the logo and the text in comics. Like Billy Markus, his goal was to have fun, but the message was interpreted differently. At the time, the entrepreneur insisted and claimed that the cryptocurrency community had misunderstood the joke.

How does Dogecoin work ?

Originally, Dogecoin was created for fun, but has taken a completely different turn. This cryptocurrency is currently being used to make huge transactions.

Many people use this virtual currency to make donations, the most notable being:

Obviously, cryptocurrency has been used as a means to help many communities, athletes or even pilots.

Virtual currency is also a great way to help out online content creators. There are many services that allow you to transfer or send virtual currency to entrepreneurs whose creations you appreciate. Examples include Sodogetip on Reddit or Doger on IRC.

Other uses for Dogecoin

Dogecoin is not limited to donations or fundraising. This cryptocurrency can also be used as a:

Obviously, before carrying out this type of operation, you will first have to acquire Dogecoin by visiting the specialized platform.

How does Dogecoin increase in value ?

For some time, the price of virtual currency has fluctuated according to Elon Musk's statements. Indeed, the opinion of the Tesla boss seems to have a considerable weight among cryptocurrency users.

On April 15 on his Twitter account, the billionaire started promoting the virtual currency. On that date, he shared a message saying "Doge barking at the moon". His tweet helped Dogecoin to experience a rise in value of 100%.

A month later, Elon Musk changed his tune. On the famous American show Saturday Night Live, the billionaire joked about Dogecoin being a scam. As a result, the value of the currency fell by 36%.

Other factors driving the price of Dogecoin

Elon Musk is not the only one interested in Dogecoin. Other celebrities have mentioned it, such as the American rapper Snoop Dog or the Snickers brand.

Obviously, celebrity interest on social networks has helped to drive up the price of Dogecoin, which is currently estimated to be 0.243 according to the site CoinMarketCap on September 07, 2021.