Interested in trading? Find out the eight top cryptos in the second half of 2021 by reading our comprehensive guide 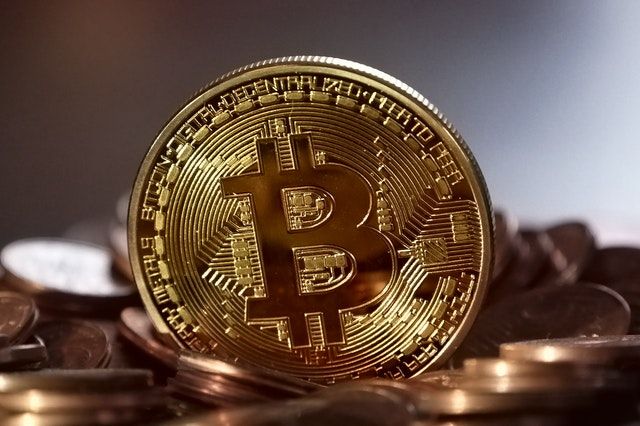 Are you interested in the cryptocurrency market and looking to know which cryptos to follow? Read this article for a list of the 8 most promising cryptos of 2021.

After the speculative peak in early 2021, cryptocurrencies began a fairly healthy correction process with a crash in May 2021. The challenge at the end of 2021 is therefore to seize bullish opportunities!

BitCoin’s leading position in the cryptocurrency world is undeniable. Bitcoin is the pioneer of virtual currencies. Despite 4,000 other cryptos on the market, BTC remains number one. Its market capitalization currently stands at some $856 billion.

Bitcoin was launched in 2009 by Satoshi Nakamoto, a person whose identity remains a mystery to this day - the name is a pseudonym.

Many traders refer to ETH as the eternal runner-up to Bitcoin. However, this crypto was created by Vitalik Buterin to correct the failings of its predecessor. It was created in 2014 and over 7 years of existence, has seen its value fluctuate constantly. Its current market capitalization is $357 billion.

At the beginning of 2021, Ethereum's price was around $1,200. Its value then climbed until it reached $4,173 in early May. Like BTC, this cryptocurrency was hit by the mid-May collapse that saw its value depreciate last June. At the time, ETH was trading at just $1,742. On September 3 this year, the crypto's value made a remarkable rebound by reaching $3,964.

Be aware that Ethereum and Ethereum Classic, or ETC, are two very distinct cryptos. The two currencies share several points in common - such as their founder - but are not used in the same way. Vitalik Buterin launched ETC to correct flaws in the algorithm of ETH. To date, ETC does not compete with ETH and is currently trading at around $ 60.

Unlike BitCoin and Ethereum, Binance Coin is a fairly new currency. It was created in 2017 by a Chinese startup that moved its headquarters to Malta shortly after the launch.

In its early days, BNB was simply a speculative currency, especially on the Binance platform. But after reaching a market capitalization of $70 billion, BNB has become one of the fastest growing cryptos on the market. Nevertheless, it’s not possible to mine BNB. The 200 million tokens injected into the market have all been premined.

NBB is currently considered the fourth most valuable cryptocurrency in the world. Its success is due to the strict limitation on the number of tokens put into circulation. As a reminder, the number is set at 200 million.

Binance Coin started the year with a value below $40. On May 4 of this year, it was trading at around $675, an increase of over 1600%. Of course, BNB also experienced a collapse in mid-May but since then has resumed its growth. On September 6, NBB crossed the symbolic value of $500.

ADA is one of the most promising e-currencies of 2021 and is among the few that have exceeded its pre-May value. On May 16 this year, ADA was trading around $2.50. By the beginning of September, it had already managed to cross $3.16. Yet, from June to July, the currency was bottoming out and trading at around $1. At the beginning of 2021, its value stood at $0.19.

Created in 2017, Cardano or ADA is largely inspired by BitCoin and Ethereum - it was actually created by Charles Hoskinson, who was heavily involved in the creation of ETH and  studied BTC for a long time.

ADA is the third largest currency in terms of market capitalization, with $69 billion. It seeks to compete with Ethereum and is based on the creation of decentralized financial products similar to those offered by ETH.

Cardano also stands out from its competitors by taking different paths. For example, it does not follow a white paper and pays miners based on proof of participation. Other cryptos on the other hand take into account proof of work.

DogeCoin is an easily recognizable cryptocurrency. The coin features the head of a dog of Japanese origin, the Shiba Inu, the result of a joke between friends.

Its creator, Billy Markus, says he had the idea of creating a currency that would have no value but would become more popular than Bitcoin. With the help of his friend Jackson Palmer, the joke became reality in 2010.

In just over 10 years, DOGE became a promising currency with a market capitalization of $40 billion. In the meantime, the two co-founders have jumped ship without profiting from their creation.

At the beginning of September, DOGE was trading at around $0.32. It is distinguished by the fact that there is no limit to the number of tokens that can be created.

Tether is a stablecoin. This makes it differs from most of the current e-currencies because its value does not fluctuate. The system is very simple, the value of USDT will always be equal or more or less close to the US dollar.

Under these conditions, why invest in Tether? It’s strong ties with the dollar makes it a good investment choice, as the dollar is a strong and stable currency. Thus, Tether is an excellent choice that avoids the extreme volatility of the market.

Tether was created in 2014 by Americans who had worked to create another crypto currency called MasterCoin. In its early days, it was advertised as RealCoin.

The company is based in Hong Kong. USDT currently has a market capitalization of $64 billion.

Ripple's XRP currency is considered as a security. This is because XRP was originally created to be the native currency of the Ripple payment and exchange network. As such, each user of the network is required to hold at least 20 XRP in their account. Note that transactions are not necessarily made via this currency.

One hundred billion XRP were created initially and no more are planned. This is why XRP is closer to Binance Coin than other cryptos.

XRP was created in 2013 but only really rose in value in April of this year, climbing from  $0.64 at the beginning of the month to around $2 by mid-April. The currency then took a nosedive during the May collapse and returned to its original April value in July, before recovering in early September.

On September 6, XRP was trading around $1.40. Its market capitalization is $52 billion

Launched in 2011 by an engineer named Charlie Lee, LiteCoin was one of the first competitors of BitCoin. It relies on the same BTC mining software. Moreover, the algorithm used by LiteCoin was heavily inspired by BTC, but improved upon. 84 million LTCs are expected to be created, of which about 80% have already been mined to date.

Starting the year at $134, LTC crossed the $400 mark on May 10, 2021. The currency then reached its symbolic threshold of the year in July by trading around $100. Following an upward trend, it reached around $230 in the first week of September. Investors expect the momentum to continue through the end of the year and beyond.

Bonus : two new cryptocurrencies to watch out for in the coming months!

Bitclout is worth watching in the coming months. It was released in June of this year and its  value dropped sharply in the weeks following its release. However, experts believe things will improve: Bitclout is based on a revolutionary concept that ties it to social networks, including those of celebrities.