The 10 most promising crypto currencies

It's hard to choose between over 4000 crypto-currencies in circulation. To help you see more clearly and invest wisely, here is a list of the 10 most promising cryptos. 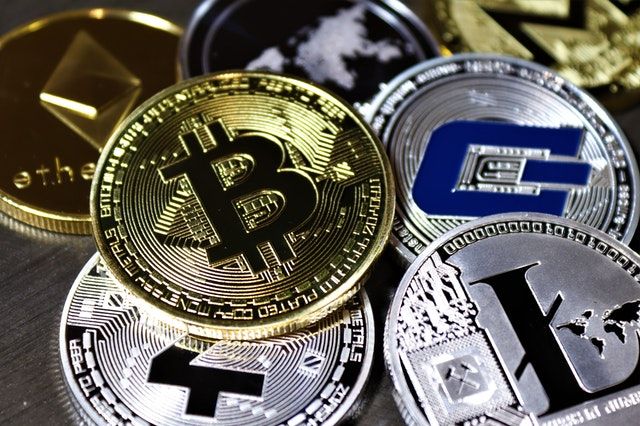 More than 4,000 crypto-currencies, from different parts of the world, are in circulation today. What do they have in common? These digital currencies all seem to show the same positive dynamics. So it's hard to make a quick decision on which crypto to choose. To help you make the choice, discover the list of the 10 most promising crypto-currencies of the moment!

Bitcoin is simply the mother of all crypto-currencies. It was the first to be introduced to the market. No wonder it is still the leader today, even after its 4,000 competitors appeared.

The price of one BTC is currently around $60,000. Its market capitalization is close to $856 billion for 18.8 million tokens in circulation. Note that its creator has planned to produce only 20 million.

Another surprising fact about this virtual currency: the name of its creator remains a mystery to this day. It is said to be called Satoshi Nakamoto. But the last time we checked, this was just an alias. This alias suggests that the Bitcoin creator is of Japanese nationality. However, several theories confirm that he is from the United States.

Experts are starting to believe in a 6-figure BTC in the first quarter of 2022.

Like BTC, Ethereum or ETH is also one of the oldest crypto-currencies. But unlike its predecessor, it is not limited in number. There are currently about 118 million ETH tokens in circulation, with a market capitalization of about $400 billion.

The identity of the creator of ETH is known: a certain Vitalik Buterin, whose objective at the beginning was really to compete with this crypto. The latter announced that he had carefully studied the BTC and had detected flaws. The businessman then launched Ethereum, which he described as an improved and more efficient model.

Be careful not to confuse ETH with ETC or Ethereum Classic. The latter was created in order to improve the ETH after a theft of tokens. However, this one failed in its mission by struggling to meet the same success as its counterpart.

LiteCoin is also one of the very first crypto-currencies put into circulation and one of the first competitors of Bitcoin. This crypto runs on an enhanced version of the same mining software as BTC.

LiteCoin was created by Charlee Lee, one of the biggest advocates of crypto-currencies. LiteCoin is "pure", meaning that it is based on its own blockchain. It is also characterized by its simplicity and ease of use. LiteCoin transactions are indeed validated within minutes and transaction fees are negligible.

LiteCoin is also among the most promising virtual currencies. It started the year around $120 before reaching an all-time high of over $360 in May 2021. Currently, it is trading around $175.

Among the brand new crypto-currencies, Tezos or XTZ was only created in 2018 by a certain Arthur Breitman. It is also considered to be among the new generations of virtual currencies. In just over three years, some 800 billion XTZ tokens are already in circulation. Moreover, the market capitalization value of Tezos is about $5.5 billion.

Tezos works by smart contracts, a bit like Ethereum. Nevertheless, it differs from its competitor in several ways. First, its algorithm is not fixed. This means that it can be modified with the agreement of XTZ holders after a vote. This feature ensures, according to the creators, the longevity of the currency in the future. Tezos has a management body, the Dynamic Ledger Solutions, but also a set of rules that govern it.

In order to speed up and simplify financial transactions on its platform, the company Ripple launches XRP as an alternative currency. Today, XRP has become one of the most widely used crypto-currencies. The market capitalization of this currency is over $110 billion.

The Ripple platform is a settlement system, an exchange market and a remittance network. XRP is the primary currency used for all transactions within Ripple, although it is not mandatory. Thus, the design of XRP as a cryptocurrency is at the heart of the discussions. For some, XRP is more of a security than an actual currency, especially since there is no mining involved. Initially, one hundred billion XRPs were created and Ripple has no plans to add to it.

XRP's performance is mainly the result of the rapid development of Ripple's activities. Indeed, the open source and neutral Ripple protocol is being adopted by many financial institutions, including Crédit Agricole.

The Cardano blockchain ADA is also a currency with great potential. Its performance can be explained by its large market capitalization, $97 billion for 33 billion tokens in circulation. As with Tezos, the Cardano algorithm is not set in stone.

The creator of the project asks solution creators, innovators and visionaries to become owners of ADA tokens. This way, they can contribute to the sustainability of the project by proposing positive changes in the long term. Indeed, it is the holders of ADA tokens who must vote if the proposed changes are to take place.

ADA was founded by a man named Charles Hoskinson in 2017. The latter is the co-founder of Ethereum. This man was heavily inspired by BTC and ETH to create the ADA. The name Cardano comes from a 16th century Italian mathematician, astrologer and philosopher. ADA, on the other hand, is the first name of Ada Lovelace, the first person who made the first real computer program, in the 1850s.

ADA started the year at around $0.2, but was already trading at $2.9 by early September. This means that the virtual currency has grown by over 1400% in just 9 months.

A bit like Ripple, Uniswap was created to animate the automated market (AMM). Its use is therefore mainly suited to decentralized platforms. Uniswap is also the name of a protocol that aims to facilitate automated transactions between crypto-currencies and Ethereum.

In just three years of existence, the Uniswap protocol has become the leader in decentralized exchanges with a daily volume of over $220 million. Currently, the Uniswap currency has a market capitalization of around $25 billion. The number of tokens in circulation is 600 million.

Uniswap was created by Hayden Adams, in order to respond to liquidity problems of the various ETH platforms. With this cryptocurrency, the Uniswap platform gives itself more freedom and potential.

In 2021, Uniswap prices rose steadily. The currency went from $4.5 in January to $30 in September. But it's also its use on decentralized platforms that makes Uniswap interesting. Indeed, people are increasingly attracted to transactions without intermediaries like banks or other exchange platforms. These are less restrictive, less expensive and easier to carry out.

TRX is also one of the most promising crypto-currencies. Its market capitalization is currently close to $10 billion for 71 billion tokens in circulation. Like Uniswap, Tron is also linked to an eponymous decentralized platform focused on content and entertainment sharing.

TRX is now one of the few entertainment platforms to use blockchain technology. This crypto is notably used to reward users and boost the gaming industry.

The platform was created by Justin Sun, already associated with the creation of Ripple. His goal was to make it easier for the general public to access streaming, apps and entertainment by cutting out the middleman. In addition, Tron is also the owner, since 2018, of the BitTorrent file-sharing service.

The TRX price was $0.025 at the beginning of the year. It is currently hovering around $0.1. According to experts, the TRX price trend will continue for at least another 5 years. The cryptocurrency is expected to be at least $0.16 by the end of the year.

Like Tron or Uniswap, Polkadot is also linked to an eponymous open source protocol. This facilitates, among other things, the interoperability of several blockchains for data and asset transfers. This makes the latter completely decentralized and untrusted.

The Polkadot cryptocurrency was created to operate and manage the platform. Today, just under a billion DOT tokens are in circulation.

Polkadot, the protocol as well as the virtual currency, was created by the Web3 Foundation, which wanted to offer a centralized open source network. The Polkadot team also includes Dr. Gavin Wood, co-founder of Ethereum.

In three months, the value of Polkadot has moved from $11.2 to about $42. But, it's not just the price movement itself that makes this cryptocurrency attractive. More importantly, the Polkadot platform is seen as one of the most open and adaptable to future technologies. This adaptability can be used in the field of information exchange and transactions.