Interested in investing in Taiwan Semiconductor stock? Find out everything you need to know about this asset, including important TSMC data. 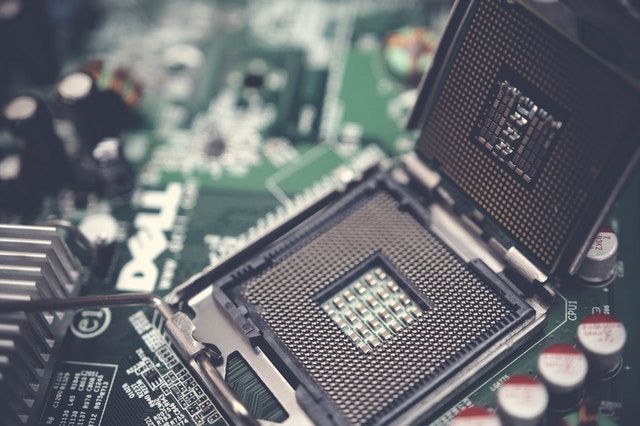 In recent years, Asian companies have been attracting increasing interest, with Taiwan Semiconductor Manufacturing Co one of the most successful among them. Founded in 1987, the company has grown over the years to become the number one independent semiconductor foundry in 2011. Its stock has long been the subject of intense investor interest.

This interest is largely due to the growing need of electronic equipment manufacturers for semiconductor devices or chips. If you're interested in Taiwan Semiconductor stock, here's what you need to know about it.

Taiwan Semiconductor is the brainchild of Dr. Morris Chang, considered by many to be "the father of semiconductors". A Taiwanese-American businessman, Morris Chang was born on July 10, 1931 in Ningbo, a port city in the northeastern part of China's Zhejiang province. He spent much of his childhood experiencing the Sino-Japanese War, the Japanese occupation of Hong Kong and the Civil War.

He left for the United States in 1949 to study at Harvard University. He later transferred to the Massachusetts Institute of Technology (MIT) for his second year and received his bachelor's and master's degrees in mechanical engineering in 1952 and 1953. He later left MIT after several failed attempts to defend his doctoral dissertation.

He worked for Texas Instruments (TI) from 1958 to 1983 (25 years) and became group vice president, responsible for TI's worldwide semiconductor business. After several successes in other companies, he founded Taiwan Semiconductor Manufacturing Co (TSMC) in 1987 at the age of 56. He established a collaboration with the Taiwanese government, Phillips and many private investors interested in semiconductor technology.

Morris Chang's innovations and wise choices have enabled TSMC to reach its current level of success. These include investment in the development of more advanced chips, and the development of a new manufacturing process that shortens time to market.

Today, Taiwan Semiconductor is considered the largest semiconductor company in the world. This is true whether you look at the stock market or market share. The recent good performance of its stock has resulted in a capitalization of US$ 313 billion. This is a particularly large gap when compared to Intel and Nvidia, the brand's main competitors, both capitalized at $250 billion.

On the market share side, a recent study by Counterpoint Research highlighted that TSMC has over 28% of the market share of mature nodes (40nm and below), making it the global leader in semiconductor manufacturing. UMC ranks second with 13 percent market share. SMIC is third with an 11 percent share. Samsung and Global Foundries follow with 10% and 7%.

TSMC's current importance in the semiconductor market is no surprise when you consider that it manufactures silicon for electronics industry heavyweights including Apple, Nvidia and AMD. Intel is expected to join the brand's valuable customer portfolio by 2022, pending the development of the 3nm process.

The other great advantage of TSMC is that it belongs to an industry that is still growing, which has allowed the brand to sell even more products. Moreover, the latest analysis by experts shows that the semiconductor market will grow significantly with an increase in demand from the big names in electronics.

The only thing that could affect the growth or stability of Taiwan Semiconductor's stock would be the rise of TSMC's competitors, something that is difficult to imagine at this point.

In 2020, TSMC managed to generate $1.34 trillion in net revenue, a 25% increase over 2019. This was due to the significant increase in sales of iPhones and other Apple products.

In fact, TSMC is one of the few companies that was not negatively impacted by the consequences of the Covid-19 crisis.