Have questions about the originator of Bitcoin, Satoshi Nakamoto? Read on for the biography of this great entrepreneur, the founding father of cryptocurrencies. 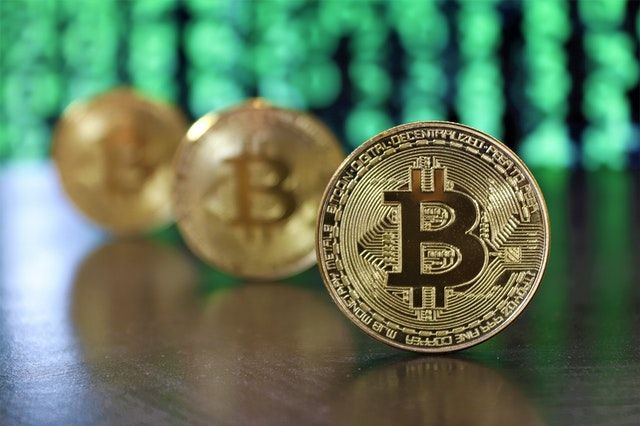 Bitcoin's dominance in the cryptocurrency world is a given. If in its early days, the price of BTC amounted to 0.001 dollars, currently it is about 52,583 dollars. Behind this feat is a great man, its inventor, Satoshi Nakamoto. While his work is well-known, the man prefers to remain anonymous. No information on his true identity has so far come out, making this entrepreneur a real mystery.

A first breakthrough in 2009

The announcement of the creation of Bitcoin

In 2008, Satoshi Nakamoto announced the creation of electronic money. A year during which all the countries of the world entered a financial crisis. His goal was to facilitate the exchange of money, but also to free his fellow citizens from the rigidity of the traditional banking and financial system.

The founder of Bitcoin shared his project publicly via email from metzdowd.com. This is a web page for cypherpunks, a movement of crypto enthusiasts.

Satoshi Nakamoto accompanied his announcement with a hyperlink leading to the official Bitcoin website. A white paper, accessible from this page, explained the Bitcoin protocol in detail.

The Bitcoin instigator also took the opportunity to explain that his work began in 2007.

The announcement aroused the interest of many professionals. Among them the cryptographer Hal Finney who helped him to improve the functioning of the cryptocurrency by using blockchain technology. This is a database that works without the intervention of a control body. The information entered is highly protected, as it cannot be tampered with or altered. Together, they designed the first version of the virtual currency.

The official launch of bitcoin

On January 09, 2009, Satoshi Nakamoto published his bitcoin software on SourceForge.net with:

Despite the release of the cryptocurrency's software, its inventor is the only one with the cryptographic key. This key promotes the movement of virtual currencies. For this reason, as of this date, 50 units issued remain in the hands of Sathoshi Nakamoto.

On January 12, 2009, the founding father of Bitcoin finally began the transaction by sending virtual currency to Hal Finney for the first time.

The success of bitcoin

After the creation of his virtual currency, Satoshi Nakamoto had to wait until October 05, 2009 to give it a value. On that date, bitcoin was valued at $0.001. At that time, its value depended on the cost of electricity needed to issue the unit by a PC.

Unfortunately, the virtual currency was only of interest to technophiles. The rest of us were reluctant and refrained from using Bitcoin as a means of payment. Later, several events contributed to the success of the cryptocurrency:

Since then, the use of bitcoin has been steadily increasing, hence its current global success. In November 2013, its price reached $1,000 before gradually depreciating. However, after multiple transactions, its value increased to $19,891 in December 2017.

Currently, Bitcoin continues to attract so much interest, as its value is currently estimated at $52,583, which is equivalent to 44,297 euros.

Since the creation of Bitcoin, Satoshi Nakamoto has collaborated with many professionals to improve the protocol. However, in mid-2010, he withdrew from the project. Gavin Andresen, an American developer, was assigned the network's alert key. Remember that the key can quickly send a message to all PCs on the network.

Speculation about his real identity

After the publication of his white paper on the functioning of bitcoin in 2008, Nakamoto spoke on the website of the P2P Foundation, a NGO that advocates for the use of peer-to-peer.

On the page, Nakamoto states his date of birth and country of residence. According to him, he was born in 1975 and lives in Japan. However, he does not reveal any other information about the rest of his identity. Without any details, there are doubts about his profile.

A personality from the cypherpunk community

Even if his identity remains mysterious, it is certain that Satoshi Nakamoto is close to the cypherpunk community, a movement bringing together people who are passionate about cryptography. Their goal is to use it to protect their privacy. This community began to make itself known in 1990, at the time when payment and encryption protocols were breaking through.

Cypherpunks have their own opinions on the identity of the founder of bitcoin. According to this community, Satoshie Nakatomoto could be:

Nick Szabo is a cryptographer and computer scientist. Originally from the United States, this man sees himself as a precursor to bitcoin. But one thing is for sure, this person created the digital currency "Bit Gold" in 1998. That is, 10 years earlier than Bitcoin.

Note that "bit Gold" is the ancestor of Bitcoin. This currency is not widely used because of its more or less restrictive operation.

Thanks to his influence on the creation of Bitcoin, some cypherpunks believe that Szabo is hiding behind an alias, Satoshi Nakamoto. However, the latter remains firm in saying that he is not the founder of BTC.

The cypherpunk community also suspects Hal Finney of being behind the pseudonym Satoshi Nakamoto.

Like Szabo, this cryptographer is considered the precursor of Bitcoin thanks to his involvement with blockchain technology. The latter even admits to having exchanged messages with Satoshi, which reinforces the speculations.

Otherwise, cypherpunks rely on other signs to argue that he is the founding father of Bitcoin:

However, his identity as Nakamoto is questionable when he shares his email exchanges with Satoshi Nakamoto. This does not stop some people from thinking that this is just a diversionary tactic.

A personality outside the cypherpunk community

In 2016, this Australian-born computer scientist claimed to be the founding father of Bitcoin. At that time, he even announced that he could provide proof of his identity. However, 3 days after his declaration, he retracted his statement.

In the absence of precision on the identity of Satoshi Nakamoto, many people advance speculations on his profile. Thus, according to some people, a group of researchers belonging to 4 international firms may be the author of this pseudonym:

Obviously, these people are basing their speculations on the name. According to them, this name is obtained after combining the syllables of the names of the 4 companies : SA (Samsung), TOSHI (Toshiba), NAKA (Nakamichi) and MOTO (Motorola).

Although Satoshi Nakamoto refuses to reveal his identity, his account remains active. He continues to mine. As of April, he has 1.1 million bitcoins. His resources are therefore close to 43 billion dollars. A small fortune that directly assigns him a place on the list of the richest people in the world.

Secure information about his identity

The identity of the inventor of Bitcoin continues to be of interest to many people, hence the speculation. Nevertheless, what is currently known is that Satoshi Nakamoto:

This information might suggest that Satoshi Nakamoto, the founding father of Bitcoin, is an Englishman living in Europe.

The return of Satoshi Nakamoto

Apart from the units used in test transactions, Satoshi has refrained from using the bitcoins stored in his account. Yet its value is currently estimated to be over $40 billion.

In any case, it seems that the inventor of Bitcoin is back, as his account is becoming more active. Indeed, in May 2020, a transfer of 50 bitcoins was made from a so-called "antique" wallet to a new wallet. This transaction may be at Satoshi Nakamoto's initiative.