Nike is a well-known brand that attracts investors. Thinking of becoming one of them? Read on to find out more about the company's stock profile. 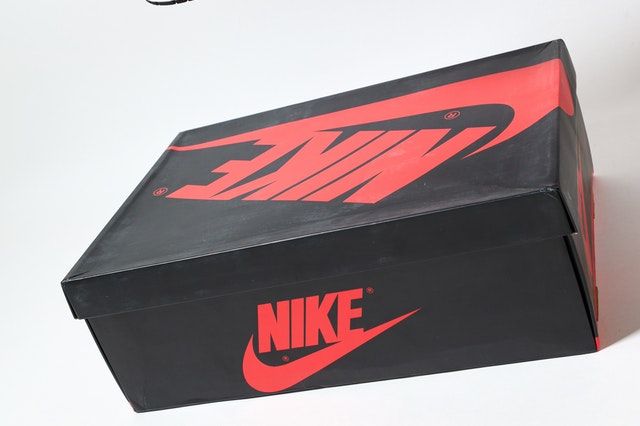 Nike presents an interesting profile for investors. Here is some important information to better understand the company's stock profile.

The brand was born of the meeting of Bill Bowerman, a track and field coach, and Phil Knight, a middle-distance runner and accounting student. Together they created Nike in 1971, a shoe company named after the Greek goddess of victory. Its logo is the work of Carolyn Davidson.

In 1964, the two founders began by selling low-cost athletic shoes from Japan. Their company, known as Blue Ribbon Sports, imported shoes from Onitsuka Tiger (now Asics) to sell in the United States. When the business became successful, they decided to create Nike, breaking their collaboration with Tiger.

Currently, Nike is the leading sports equipment manufacturer. In addition to shoes, it sells jerseys and many other accessories (gloves, socks, kneepads, backpacks etc).

Nike is a manufacturer of footwear and sports equipment that has no factory of its own. It subcontracts the manufacturing of its products to factories based in countries where labor is cheap, such as China, Vietnam, Thailand, and Malaysia. The difference between the selling price and the manufacturing price of the products is used by the company in research & development, advertising, product promotion, etc.

It should be noted that Nike's success comes largely from their partnership with famous athletes. It started with basketball legend Michael Jordan in 1984. Stars such as LeBron James (NBA), Serena Williams (tennis), Cristiano Ronaldo (soccer), Tiger Woods (golf) have signed with the brand. Nike also dresses clubs and national teams, and is  the official supplier of many sporting events such as the Tour de France.

Outsourcing the manufacturing of its products to external factories is a big advantage for Nike. First, this business model allows it to reduce its production cost and expenses considerably. Second, Nike invests a large part of its profit margin in research and development. Thus, the American equipment manufacturer can offer innovative products that meet the needs of its customers at competitive prices.

Nike furthermore has a worldwide reputation. The “Swoosh” is known all over the world. Its competitor Umbro, which was founded 47 years before Nike, does not enjoy the same level of fame.

Finally, Nike is very active in promoting its equipment. All brand ambassadors are undisputed champions of their sport. This is also the case for the clubs it sponsors. In the United States, Nike is the official equipment supplier of almost all national teams.

Factors that can cause the Nike share price to fall

Nike is often criticized for outsourcing the manufacturing of its shoes and accessories. Observers cry foul about the fact that the workers are children working in slave-like conditions. Even the sportsmen who represent the brand are victims of verbal attacks on social networks. This situation can tarnish the image of the group.

When it comes to competition, Adidas poses a threat. The German equipment manufacturer also invests in sports sponsorship to promote its products. In addition, the “three stripes” brand is just as well known as Nike.