How to buy Microsoft shares ?

Microsoft attracts investors as an international company with opportunities for growth and development. Find out more about Microsoft stock performance. 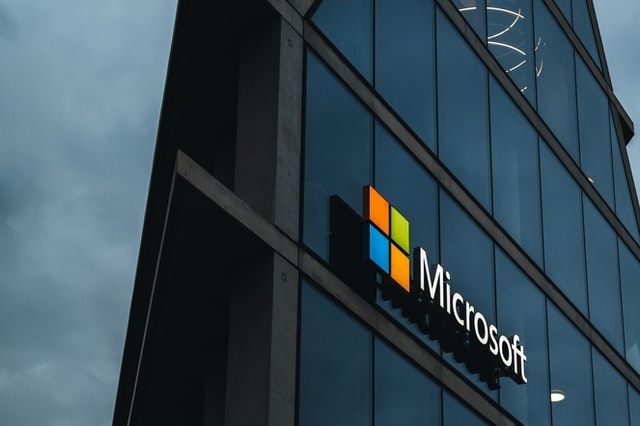 With a large amount of capital that has yet to be fully leveraged, Microsoft is a leader of the technology and IT products and services market.

Several factors impact Microsoft stock prices. In this article, you’ll find useful information about the company, its activities, changes in its share prices and its stock market performance.

Bill Gates and Paul Allen founded Microsoft in the United States in 1975. Based in Washington State, the company is known for developing and marketing operating systems for computers and software for PCs and servers.

The company offers several products, such as the Windows operating system, the Office suite (which includes Word, Excel, PowerPoint, Outlook, Access, Exchange and Onedrive), game consoles such as the well-known Xbox, the search engine Bing, the web browser Explorer, the cloud service One, the developer tools Visual Studio, the professional social network Linkedin, the game Minecraft, the instant messaging and VOIP software Skype and the Microsoft Surface computer and tablet. According to NetMarketShare.com, Microsoft has an 87% share of the global operating system market. Windows remains the most widely used operating system for both business and home users.

Satya Nadella became CEO of Microsoft in 2014, following in the footsteps of Bill Gates (1975-1999) and Steve Ballmer (2000-2013). The arrival of a new CEO brought about several changes at the Redmond firm. Office has become a subscription service and is no longer referred to as "Office 365", but as "Microsoft 365". The Windows Phone system has been shelved and Microsoft products are now competing with Google and Apple.

The Vanguard Group holds 6.07% of the company's shares, while BlackRock holds 5.60%. The rest is made up of private and institutional shareholders.

Revenue stems from the sale of products and services : 50% for operating systems, 31% for software, 14% for video games and 5% for Internet services.

The company was not affected by the economic fallout of the Covid-19 pandemic. On the contrary, the PC market has grown and many of its business lines, such as Xbox, Windows and Office products, have had a very positive year.

The Microsoft group is a partner of Schneider Electric, a European group specializing in the automation and digital transformation of energy management for residential housing, commercial buildings, infrastructure and industry. This partnership aims to deploy disruptive technologies to optimize operations and transform products and services through the Internet of Things.

Thales, a manufacturer and supplier of electronic equipment and systems for the aerospace, defense, security and transportation industries, is another Microsoft partner. The company has also partnered with Publicis, a major player in the French communications industry.

Introduction and listing of Microsoft shares

In January 2021, Microsoft was ranked second in the Nasdaq Global Select Market of the Nasdaq All Markets in the United States, with a total market cap of $1,647,432 million.

Should you invest in Microsoft ?

Microsoft's positioning in the global market remains its major asset. For the past 40 years, the group has been a leader in technology products and services, with opportunities for growth and development. Moreover, in recent years, the group has expanded its business in services such as Cloud computing. Cloud, big data and Artificial Intelligence market shares are growing strongly, which can strengthen its business model and reassure and attract investors.

However, Microsoft's dividend yield ratio is relatively low. During 2020, $2.04 per share was paid to shareholders in 4 quarterly installments, or 1% yield if the stock price was $202.54.

The company's weak points lie in its policy of higher product prices compared to competitors, a higher P/E of 34.8 and its current marketing strategy, which does not push customers to spend more in order to boost its growth.

Investing in Microsoft can have both advantages and disadvantages. Seek professional advice before buying shares.