Investing in a well-known restaurant chain is a great way to grow your investment portfolio, and McDonald's is an appealing option. Find out more about McDonald's stock in this guide. 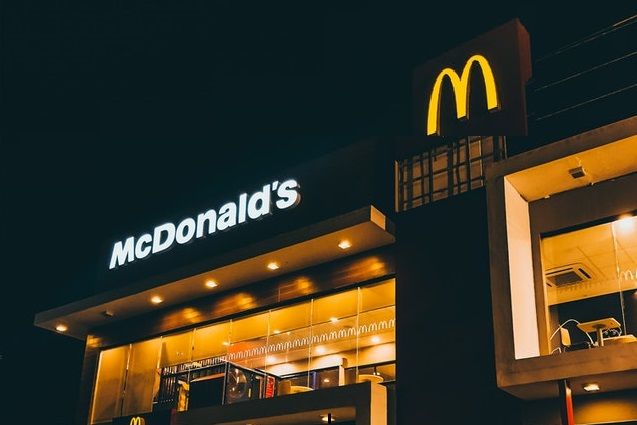 Reading the history of McDonald's leads you to the conclusion that the brand is synonymous with success. The company, which grew from a small neighborhood restaurant to a world-famous chain, is the epitome of the American dream. A McDonald's share used to cost $22.5 and is now worth $236.08.

McDonald's is appealing to traders and investors. If you’re one of them, here are a few things you should know before getting started.

The story of McDonald's

The story of McDonald's began in 1940 when two brothers, Richard and Maurice McDonald, took over their father's hot dog stand in Arcadia. The two moved to San Bernardino and renamed their business the “McDonald's Restaurant”. In 1948, they turned it into a fast food hamburger joint.

In 1953, the McDonald brothers began franchising their business. The following year, they met the milkshake machine supplier Ray Kroc. When he opened his McDonald's, he became the fourth franchisee of the brand. Seduced by the revenue generated by his business, Ray Kroc bought the rights to their company from the brothers, and McDonald's Corporation was born.

Under its new owner, the number of franchisees in the United States increased and the brand created subsidiaries abroad. By 2021, McDonald's had 37,000 locations in 122 countries.

McDonald's is a fast-food chain offering food of consistent quality, served quickly and in the same way all over the world. Its target group is composed of people of all kinds of backgrounds, including families, young people, elderly people, employees and businessmen.

McDonald's revenues are generated from company-owned and franchisee-owned restaurants.

The company's core business is selling food and beverages. But it also engages in other activities, including the McDonald's PlayPlace entertainment venue, online food trading and delivery ("McDelivery"), the Family Fun Hub and the sale of tie-ins such as clothing and accessories.

McDonald's image is associated with speed and quality of service. The concept enables students and workers to eat speedy, full meals when their schedule does not allow them to have lunch at home. Its structure also allows for a family outing and fun with kids. McDonald's offerings are appealing to customers, who tend to be loyal to the company.

The group has expanded internationally through its own restaurants and those of its franchisees. Here again, McDonald's knows how to appeal to its customers by offering menus that respect the customs and religions of the countries where it operates.

To improve its service, McDonald's is turning to innovation in order to appeal to younger generations. More than 11,500 of its restaurants are currently equipped with Wi-Fi. The firm also offers a mobile app to make life easier for its customers.

Factors that could cause McDonald's stock price to fall

Restaurant chains are criticized for the nutritional quality of their products and accused of serving foods that are high in sugar and fat. As consumers turn to organic and healthy food, sales could decrease.

McDonald's has also been accused of unhealthy marketing methods, animal cruelty and environmental destruction due to its disposable packaging. It has also been the target of legal attacks from some of its customers. These cases could tarnish the image of the group.