Kraken or Binance: which is the best crypto platform ?

Interested in crypto-currencies? Check out our comparison of two of the most popular platforms in the crypto market: Binance and Kraken. Which one is the best ? 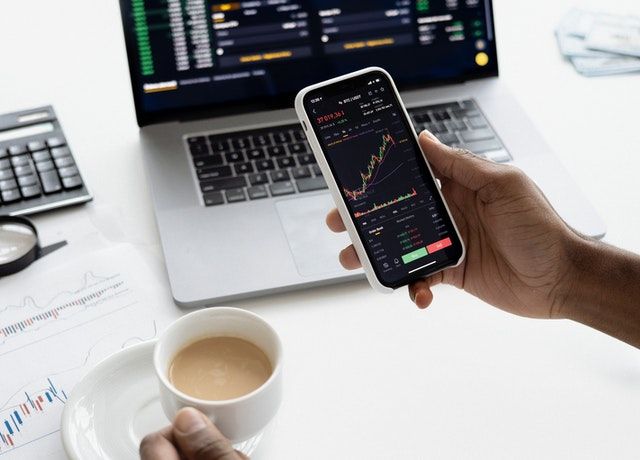 Both Kraken and Binance are in the list of the best crypto-currency platforms today. As of October 2021, Binance had over 15 million users, while Kraken had 6 million. While Binance has proved to be the best site to trade cryptos over the past few months, its competitor has some compelling arguments as well. In terms of transaction volume, Binance is now in first place, while Kraken is in fourth place.

Kraken was established in 2011 and caters to both individuals and institutions for crypto-currency exchange and trading. The platform is accessible in over 200 countries. You can buy cryptos there directly with fiat currencies such as the dollar and the euro.

Kraken also allows you to trade cryptocurrencies. Different options are available, such as over-the-counter trading, futures trading or even margin trading.

In addition to the website, there are the mobile applications Kraken, Kraken Pro and Kraken Futures. For beginners, Kraken offers guides, videos and extensive documentation.

For institutions and high net worth users, Kraken also has a wide variety of offerings. These usually require a minimum order size, but are very beneficial.

Founded in 2017 in San Francisco, Binance is now the leading cryptocurrency exchange and trading platform. Like Kraken, it offers a wide range of services to individuals and institutions.

In addition to features enabling you to buy, sell, and trade crypto-currencies, the platform has some novel offerings. One example is Binance Academy, which allows beginners to learn the ins and outs of cryptocurrency trading. There is also Binance Earn, a non-fungible token service. Binance Loan is also another interesting product that allows you to rent crypto-currencies.

Compared to Kraken, the list of cryptos available on the site is more extensive. The same goes for the services aimed at individuals.

Despite its leading position, Binance is not unanimously accepted in Europe. Its biggest setback is its lack of affiliation to a regulatory authority. Moreover, this platform has no official headquarters. Nevertheless, the situation should change very soon, according to its boss Zhao Changpeng.

In the United States, where trading regulations are stricter, users enjoy only a limited part of Binance's functionality with access to a secondary platform, Binance US, which is lighter and less comprehensive than the original.

At first glance, you’ll find that the Binance platform is easy to master, making it a great option for beginners. All features are easily accessible. Kraken has also made significant improvements but nevertheless, Binance still comes out top when it comes to design. For this site, navigation seems to come naturally.

When it comes to general design, the Binance platform appears to run more smoothly. Registration, for example, seems more tedious on Kraken. Kraken's mobile app is also less fluid. On the other hand, Binance does not provide a demo account, an option offered by most trading platforms.

Both sites have attractive transaction fees compared to the competition. On Binance, fees are 0.1% for standard transactions and 0.075% with NBBs. This is to encourage users to turn to Binance Coin, the official token of the site.

On Kraken, the fees depend mainly on the trading volume of the last 30 days. The higher the volume, the higher the fees. With very few transactions in your 30-day history, on the contrary, you can be charged up to 0.26%. On this point, we still give the advantage to Binance, even if the calculation is clearer and more transparent at Kraken.

Security is one of Kraken's strong points compared to Binance and all their competitors in general. The site boasts that it has remained untouchable for over eight years since its inception. And yet, it regularly suffers from DDoS attacks.

The site conducts penetration testing and implements various security-related procedures on a very regular basis. Kraken is also committed to transparency and security for the cryptocurrency industry. The platform is affiliated with FinCEN in the US, FINTRAC in Canada, FCA in the UK, AUSTRAC in Australia and FSA in Japan.

Binance, on the other hand, suffered a fairly large breach in 2019. This incident caused the loss of over $40 million BTC. In addition, the platform is facing several attacks from regulatory bodies in several countries. The main reason for these reproaches being Binance's non-attachment to such institutions.

The FCA was the first to react this year by banning Binance from the UK. Several regulatory bodies in other countries followed suit. Binance founder Zhao Changpeng says he is doing everything he can to remedy the situation.

The most popular cryptos can be found on both platforms. The difference is mostly on the lesser known currencies. Binance still holds a lead over Kraken, with over 500 tokens. Kraken has less than a hundred tokens, although its list is growing. In addition, Binance has a section that allows you to discover the most promising new crypto-currencies.

On fiat currencies, Kraken accepts only seven currencies : USD, EUR, CAD, AUD, GBP, CHF, and JPY. On Binance, users can access around twenty currencies. In addition, Binance has a wallet that it makes available to its users, while Kraken does not.

Binance also offers a VISA card that users can use on a daily basis, unlike Kraken.

Both sites offer comprehensive trading tools, although they do not have the same features. However, while both platforms are primarily aimed at intermediate and advanced users, Binance remains more accessible to true beginners. Novices can quickly feel lost on Kraken.

However, Binance lags behind in advanced features, such as margin trading, which is available on Kraken. On the other hand, Kraken offers a premium platform called Cryptowatch. This gives users access to real-time data and charts on over 8,000 crypto markets.

Binance has the advantage of offering various payment solutions, such as bank cards, e-wallets, and even gift cards. However, SEPA transfers are not available for residents of Europe.

On Kraken, the only accepted means of payment are SEPA and SWIFT bank transfers, without expenses.

Of course, since the user's money is on the line, he or she is entitled to assistance in case of problems. According to user reviews, both sites excel in this area. Both have customer service that is easily accessible and satisfactory. The only point that differentiates them is that Kraken does not offer support in French. This can be penalizing for a user who does not master English.

Conclusion : which platform should you choose ?

These are two major crypto-currency trading and exchange platforms. On the quality/price ratio, Binance still seems to be more accessible, even if the fees offered by Kraken are already excellent compared to the global competition. On the various features, both sites are equal unless you are a premium user. In this case, turn to Kraken, as it offers more suitable deals. But if we were to recommend a particular platform, we would opt for Binance. Nevertheless, as we have already mentioned, both sites have some strong arguments. You need to go into a bit of detail before you really make your choice.