Founded more than 130 years ago, Johnson & Johnson is the world's leading healthcare company. Find out more about the company, shares, sales and more. 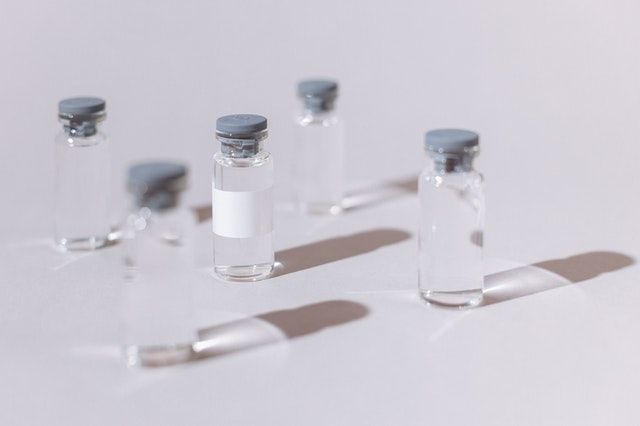 The American pharmaceutical company Johnson & Johnson went public in 1944. It is listed on the American Dow Jones index. Interested in investing in Johnson & Johnson? Read this article to find out more about the company as well as its business areas, turnover, main competitors and investors.

The American company Johnson & Johnson was created in 1886 by the three Johnson brothers in the state of New Jersey. It operates in the pharmaceutical and consumer goods sectors. The company is headed by Alex Gorsky and currently focuses on three business areas:

The group is expanding rapidly throughout the world. It is present in 60 countries and operates 97 production sites, of which 32 are located in the United States, 11 in North America, 27 in Europe and 27 in Africa and the Pacific.

Its major shareholders are The Vanguard Group (8.86%), BlackRock Fund Advisors (7.3%) and State Street Corporation (5.74%). Johnson & Johnson has partnerships with Google, Apple and Barda.

Its main competitors in the market include GlaxoSmithKline, Pfizer, Novartis, Procter & Gamble and Sanofi-Aventis.

Johnson & Johnson went public in 1944. Its stock is a component of the Dow Jones Industrial Average and the company is included on the Fortune 500 list.

After requesting the authorization of the emergency use of its Covid-19 vaccine, the group gained 1.62% in the stock market.

The company’s revenues by business area are around 50% for medical products and equipment, 30% for pharmaceutical products and 15% for consumer products. Fifty percent of its revenues are made in the United States, nearly 25% in Europe, 20% in Asia-Pacific and Africa and around 10% in other areas.

Acquisition of a group of small companies could improve Johnson & Johnson's market position. Since its founding, the company has continually developed new products. It possesses several medical and first aid supplies brands, and its products are sold in more than 170 countries.

The group’s marketing strategy includes new targets such as hospitals and schools.

For more than 40 years, Johnson & Johnson has paid dividends without interruption. Over the past 12 months, dividends have been paid four times.

However, this pharmaceutical company faced more than 100,000 complaints in 2019. It has paid out billions of dollars following challenges involving baby powder (accused of being carcinogenic and of containing asbestos), the marketing of defective pelvic implants, medical devices that allegedly injured people, and business practices that contributed to the opioid crisis. These are all things to watch closely as they may impact its stock price.

Before investing in Johnson & Johnson stock, it is advisable to contact a professional. He or she can help you analyze the stock's value and provide you with personalized guidance.