Interested in investing in the technology sector? Read on for relevant information about Intel, a major player in the tech field. 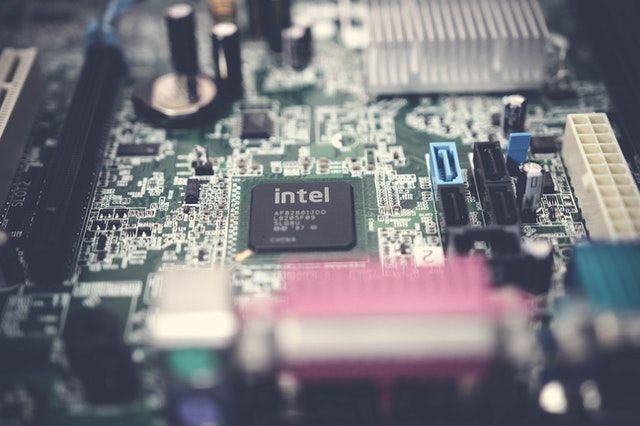 With over 50 years of experience in the technology world, Intel now enjoys the status of the world's leading manufacturer of microprocessors and semiconductors. A position that the company has held since 1993 with the exception of 2017, when it ranked second. In 2020, Intel achieved a turnover of 72 billion dollars.

With its microprocessors, Intel is a key player in the computer industry and in new technology. It has a profile that is of interest to investors. With this in mind, read on to get to know the company a little better.

Intel Corporation was founded in 1968 by Andrew Grove, Gordon Moore and Robert Noyce, three physics and chemistry engineers who had left their jobs at an integrated circuit manufacturing company.

In 1971, Intel produced its first microprocessor Intel 4004 with 2300 transistors and an engraving of 10 000 nm. Until 2006, it produced 11 other generations of microprocessors, increasing the number of transistors to 291,000 and making the engraving increasingly fine (64 nm). This was the era of the Pentium 4.

Currently, the company produces Intel Core i9 microprocessors with more than 1,750,000,000 transistors and a 10 nm etch.

Some acquisitions made by the group since 2000

Intel is the world leader in the manufacture of computer microprocessors. It invests heavily in research and development to produce smaller, faster and more powerful chips.

Intel is diversifying its activities in other areas such as Artificial Intelligence, wearable technology and computer security. To strengthen its presence on the market, it is acquiring other companies located around the world, including Germany, Canada, Spain, Finland, Ireland, Israel and Italy among others.

Intel operates in a sector where continuous innovation is expected. The future of the group is promising, especially since it has advanced technology in the field of microprocessor manufacturing.

Intel's experience and know-how in semiconductors and microprocessors make it a reference in the field. It enjoys a solid brand image with the big names in computing.

Its diversification strategy as well as its expansion towards international are real assets for the company. In March 2021 it launched the Intel Foundry Services, an independent branch that deals with the manufacturing of processors for third-party customers.

Factors that could cause Intel's share price to fall

Intel is outpaced by competitors such as TSMC, which manages to burn chips at 5 nm. As a result, it lost Apple, who turned to the Taiwanese company to manufacture its M1 chip. Such a case may lead to a drop in revenue, and by extension, a drop in share prices.

Competition is getting tougher for Intel with the arrival of new companies offering low cost products. and flooding the market with entry-level PCs. If Intel does not take a strategic turn, it could rapidly run out of steam.