How can you get the most out of ICOs ?

Everything you need to know about Initial Coin Offerings, more commonly known as ICOs. Read this article to find out more about this new way of raising funds. 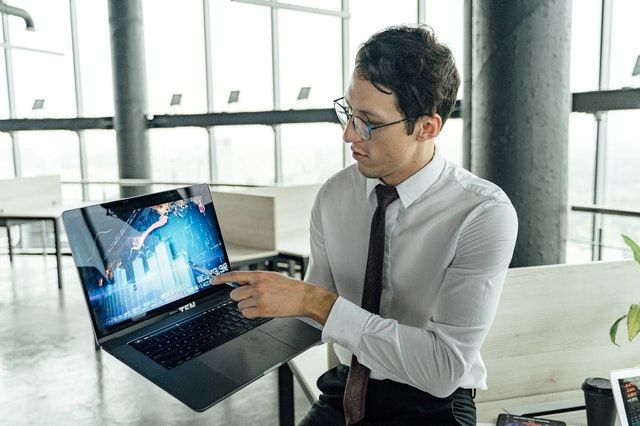 Thinking of investing in cryptocurrencies to start your business? Cryptocurrency taxation is very attractive and allows you to raise funds. Read this article to find out everything you need to know about the ICO (Initial Coin Offering) method.

An ICO (Initial Coin Offering) or token offering, is a process for raising funds. This technique works via issues of digital assets exchangeable for cryptocurrency at the start of a project.

These assets are nicknamed "tokens" and are issued or traded using blockchain technology. There are security token offerings, which are regulated ICOs incorporated into a legislative framework.

ICOs also have their place in the stock market. They allow acquisition of virtual tokens that do not represent shares in the company. The purpose of these tokens differs depending on the situation. These tokens are therefore exchangeable.

The first Initial Coin Offering took place in July 2013 based on an idea of the American developer J.R.Willett, who funded the Mastercoin project. The latter aimed to create additional features in the bitcoin protocol. In just 30 days, an ICO of 4,740 bitcoins was raised, the equivalent of $500,000.

In 2014, through the launch of the Ethereum project, developed by Vitalik Buterin, around $18 million was raised. This was made possible by a new cryptocurrency called the ether (ETH). Thanks to a decentralized exchange protocol, Ethereum allowed the creation of smart contracts in blockchains. This means that the terms of the contract can no longer be changed. The creation of new active cryptocurrencies was therefore made easier.

ICOs are not clearly regulated by the laws in force. For this reason, their use represents a great risk for the investor. Indeed, the purchase of a token does not offer any guarantee.

ICOs give start-ups the opportunity to receive short-term funding. These allow them to avoid complying with regulations and soliciting venture capitalists such as banks.

ICO alone is already a peer-to-peer venture capital, which provides a wonderful opportunity for users. They can be compared to casino chips. To put it simply, you will be buying these chips even though they are not yet under construction.

This hybridity of tokens complicates their legal qualification. There is no regulatory authority to carry out a verification of the validity of the companies as well as their share offerings. There is therefore a high risk of failure and scams in the field.

Other factors also influence the inability of this legal qualification. The international inclusiveness of the cryptocurrency system blocks any attempt at regulation. Their cross-border uses make it impossible to attribute them to any one country.

Before 2016, the number of ICOs was very limited. But from 2017 onwards things changed. The business started to work and transactions with high amounts of money multiplied.

After 10 years, active cryptocurrencies are experiencing exceptional fluctuation. The amount raised is close to $24 billion from 2013 to 2018. 5100 ICOs were launched.

In France, the use of ICOs is still quite small. In October 2018, there were 15 ICOs. The amount of this operation is $89 million. This thus represents only 4% of the equity funding during a few quarters in 2018.

The following projects have been able to successfully complete their ICOs :

First of all, there is Beyond The Void, a startup that works in the field of video games on the blockchain. The company was able to raise 110,000 euros.

Then there is IEx.ec, a spin-off from Inria that specializes in distributed cloud. This company successfully raised $12.5 million in funding in about 3 hours.

Profits reaped via cryptocurrency are eligible for taxation with a rate of up to 62.2%. However, in countries that have indeed welcomed ICOs, this rate remains at 25%. This is the case, for example, in Germany where the tax rate is 20%.

A new Finance Bill (PLF) in 2019 intends to simplify taxation regarding ICOs. This law wants to implement taxation on the basis of a single flat rate with a fixed rate of 30%.

ICO legislation in the United States

The situation is very different in the USA, a country with a very liberal economy where ICOs can only thrive. According to a study by ICO Alert, 24% of the teams doing ICOs are American and only 15.7% of them are officially launched from the US. For the rest, they were launched off-shore in response to legislative instability or for tax reasons.

At the beginning of 2018, the U.S. Securities and Exchange Commission decided to establish regulation of ICOs. This decision follows the observation of numerous ICO failures (company bankruptcy) and cases of scams. This regulation aims to ensure the protection of investors through the establishment of a system of crypto-criminality.

Most active cryptocurrencies are considered securities. An intense crackdown has been carried out on some ICOs. This, however, has put some startups at risk. The institution has also put brokers as well as controllers offering or trading the tokens on surveillance.

Of the largest ICO raises, only one was completed before 2017. This was the project TheDAO, which raised around $150 million. This fundraise was completed in 2016 before the company fell victim to a hack, causing its growth and development to come to a halt.

A report submitted to the Ministry of Economy and Finance dated July 4, 2018, states that there were 16 ICOs in France between 2014 and 2018. DomRaider, a company located in Clermont-Ferrand, was the main fundraiser with a transfer of 560 million tokens. These tokens were given to investors from 117 different countries. The global valuation of this transaction was 65.89 million dollars.

Projects launched in 2014 and 2015 focused on ICO infrastructure that develops blockchain technology. The perfect example remains the Ethereum blockchain, developed in 2014.

In 2016, offerings moved towards practical use such as high-tech or financial services. Currently, there are ICOs related to digital identity as well as media.

Since 2017, there has been an increase in the industries involved. This is due to the launch of the Homestead blockchain. This is the next step after the development of Ethereum. Homestead was developed in 2016.

The smaller ICOs split the remaining 48% of that amount between them. In addition, 10 ICOs accounted for about 99% of the token value gains when compared to the launch prices.

Most ICOs use blockchain infrastructures. In addition, there are other factors that can create consequences for ICOs, such as currency volatility. Indeed, a large drop in cryptocurrency values in 2017 had an impact on 2017 projects.

Why use ICOs and how to benefit from them

The report of the French financial market authority (AMF) as well as the book on blockchain defines the outline of ICOs. According to the report, ICOs are unique and can be distinguished from other financing methods because :

In addition, to avoid conflicts of interest between creditors and shareholders, you can use an ICO. This technique is an alternative to financing through debt or equity.

Despite the many benefits granted by ICOs, the system has some flaws that are worth flagging. The freedom surrounding ICOs is both beneficial and detrimental to investment. There is no control or legislation on the subject. Therefore, the worst can happen in case of negligence.

First of all, ICOs do not protect against the risks related to the exchange rate. This rate is determined by a confrontation of the orders of each party (buyers and sellers) on the platforms. This risks creating price differences between each platform. The chances of arbitrage will then cause a risk of dilution or non-transparency of prices.

Second, ICOs cannot protect against operational and technological risk. There is a high chance of a hack taking place.

It does not provide visibility on an investment. There is no transparency. Also, some aspects (distribution, buyback...) of the sale will be unclear.

The biggest risk encountered so far remains criminal. Indeed, the ICO can be a perfect theatre for white-collar crime. This consists of concealing the origin of funds and doing money laundering or financing terrorism. These opportunities are enabled by the anonymity in sales using cryptocurrencies.

The token can also generate a rather expensive cost. Indeed, the liquidity can be enormous if the consumer refuses the service or if he decides to resell.

This asymmetry between information and its risks has led to a decision by international authorities on the subject. This is done to promote an improved environment in ICO markets. Abuse will therefore be avoided by a strict framework.

All countries have their own way of regulating ICOs. For some, ICOs are formally prohibited. This is the case in China or Vietnam. This ban can also be temporary, as in South Korea. Some countries have introduced a legislative framework for ICOs to safeguard their attractiveness.

Finally, no matter what the country decides, the use of ICOs should be undertaken with caution. You need to know the risks before investing your money. This is absolutely necessary to keep track of your money.