The market leader Google is a great success with both Internet users and investors. Find out more about Google (Alphabet) stock in this article. 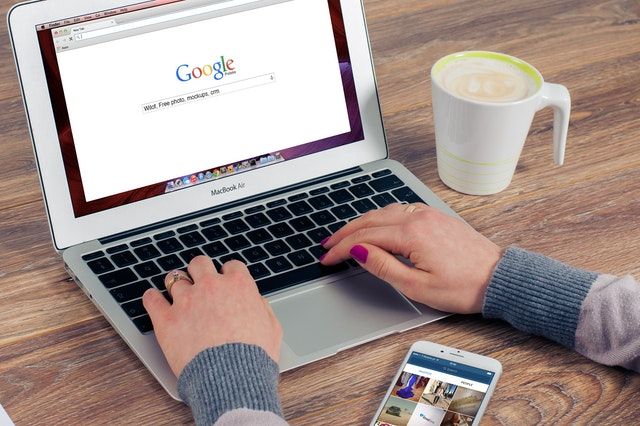 Since its launch, the Google search engine has been taken up by thousands, even millions of users. Its success has allowed the company's founders, Larry Page and Sergey Brin, to amass a fortune in a short period of time and expand their offering. Like other companies, Google stock, now known as "Alphabet," has gone public.

Why is Google so popular with investors and what makes it a growth stock? Let’s find out.

The Story of Google

Larry and Sergey created their first search engine, known as BackRub, in 1995. In 1998, they managed to raise $25 million in funds. Consequently, the search engine was taken up by millions of Internet users.

As the Internet became increasingly popular throughout the 2000s, Google experienced significant development, signing various contracts for IT services with well-known companies. In 2004, when the company went public, its turnover was 850 million dollars and its market capitalization was 23 billion dollars.

Google went on to develop its service offer beyond its search engine. The company offers email (Gmail), an online video service (YouTube), Google Maps and Google Earth, Google Trends, Google Finance, a mobile operating system (Android), and even its own browser, Google Chrome.

On June 15, 2013, Google Inc. underwent a structural change with the arrival of the holding company Alphabet, now its parent company. In 2015, Google stock changed its name to Alphabet. In 2020, its revenue exceeded $41 billion.

Some data on the company's services

Google offers a wide range of services in addition to its search engine, which occupies 90.6% of the global market share. It is available in more than 150 languages and in 190 countries. In 2016, Google responded to more than 63,000 of queries per second, or more than 5.5 billion queries per day.

More than 4 billion videos are viewed on YouTube, a web-based video viewer, each day. More than 400 hours of video are uploaded to the platform, which is available in over 60 languages, each minute.

It is also worth mentioning that Google Analytics, used for audience research and web statistics analysis, has over 15 million active users worldwide. The Gmail online messaging service is used by more than 900 million Internet users and the Google Chrome browser, known for its user-friendliness, has more than 750 million users.

Partners and main competitors of the brand

The Google group is a partner of the food sector Carrefour group and supports the latter in a fast-tracked digital transformation. To create synergy, Atos and Google have also joined forces in a partnership to provide a better offer to their customers.

Both companies aim to provide their customers with solutions based on artificial intelligence and the hybrid cloud. Google has also entered the pharmaceutical market through a partnership with Sanofi. Their collaboration has created a virtual innovation laboratory that allows for more advanced research in an optimized timeframe.

Google can be considered a company operating in a monopoly market, since it holds more than 90% of the market in the sectors in which it operates. However, there are a few companies that are in the same business as Google and are trying to compete with it. For search engines, there is Microsoft's Bing with 2.8% of the market share, Yahoo with 1.8% of the market share and Baidu, which holds 1.1%.

When it was listed on the stock exchange on Thursday, August 19, 2004, Google shares went from 84 dollars to over 100 dollars on the same day. This allowed the company to raise 1.67 billion dollars in one day.

With its active research and development department, changing user needs and booming technology, the stock is experiencing success after success. Investors are reassured by Google's current position as a leader in many areas.

There are two main factors influencing the continued rise in Google's share price, one of which is the global dominance of the Google search engine. As the current market leader, the search engine continues to outpace its competitors with the development of the services it provides. The share price is further increasing with the success of the Android mobile operating system.

Android holds more than 80% of the market share with over one billion active users, placing it ahead of Apple, Microsoft and Blackberry. It is also compatible with different models and brands of phones, making it accessible to different consumer categories.

But at the same time, Google's share price is negatively influenced by the brand's heavy reliance on advertising. Professional and individual advertising activity accounts for more than 90% of the company's revenue.

Advertising budgets depend on companies’ financial situation and especially their profitability. Any situation that negatively influences the economy has a palpable impact on Google's revenues, which can cause share prices to fall. The health crisis has shown more than ever that technology stock like Google can do well in certain contexts. The stock price has increased by 90% since the March 2020 crisis.

Should you invest in Google or not?

Investing in Google has both advantages and disadvantages.

Its large market shares make it a safe bet that generates good long-term returns. With its various subsidiaries, Alphabet is a high tech incubator.

A theoretical risk factor exists that may cause some fluctuations in the markets: its dominant market position exposes it to antitrust laws. In 2019, legal threats caused Google stock to lose 4.33% in one day, a loss it made up over the following weeks.

Unlike Apple, Google does not make regular dividend payments, prefering to reinvest its profits in other businesses and technologies. On the other hand, the company has an advantageous PER, currently set at 30, with the share price high in relation to earnings. Alphabet's market capitalization is therefore 30 times its earnings.  Also, there are plenty of other sectors with lower PERs. Google stock is globally expensive, like many others in the same sector. As an indication for other technology stocks, Apple's PER is 30, Amazon's is 60 and Tesla's is 190.  Before deciding whether or not to invest in Google stock, it is therefore advisable to carry out research, follow simple and effective methods, and learn how to build a portfolio of stocks.