Interested in investing in the entertainment industry? Find out everything you need to know about Disney, a leading company in the industry. 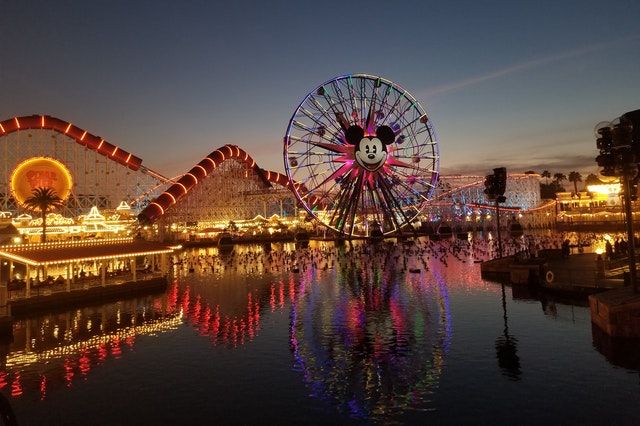 The Walt Disney Company, or Disney, is a leading family entertainment company. The health crisis of 2020 put a strain on the industry leader’s finances. But the company is catching its breath and its stock price is back on the rise. On March 8, 2021, the stock price hit the $200 mark for the first time.

Is investing in Disney stock worthwhile? To help you make the right decision, take a look at this comprehensive guide.

On October 16, 1927, Walt Disney, a producer/director/writer and Roy Disney, a businessman and producer, created the Disney Brothers Studio. Their first contract was the series of short films "Alice Comedies". In 1928, the studio began producing the timeless "Mickey Mouse" under its own name.

The studio became increasingly well-known and began to produce feature films, such as Snow White, followed by classics such as Pinocchio, Bambi, Cinderella and Peter Pan among others.

From 1949 onwards, Disney diversified into merchandise, theme parks, television broadcasting, and non-movie production, such as music and magazines.

In the 1980s, the company expanded internationally and multiplied its activities. The Disney Channel was born in 1983, followed by the Touchstone Pictures film studio in 1986. The same year, the company changed its name to the Walt Disney Company.

In the 2000s, Disney's television activities took off. ABC, ESPN and Disney Channel became packages that were broadcast in many countries as part of satellite TV. At the same time, the company acquired Fox and Pixar.

The Walt Disney Company is in the entertainment business. Its activities can be divided into four segments:

Disney's business model is based on its studio productions. The group monetizes the characters from its animated films in various ways, including television, theme parks and merchandise. The company has subsidiaries that manage these various activities. In April 2020, Disney launched the streaming platform Disney+.

Content diversification is also part of the Disney strategy. Its television channels include Disney Channel for children and young people, National Geographic, which specializes in nature documentaries and ESPN, a sports channel with a very high audience.

Its film studios are just as diversified, and include Lucasfilm and the Star Wars saga, and Marvel and its superheroes franchise The Avengers.

Disney's IPO and listing on the stock exchange

Disney issued preferred stock for the first time in 1940, while its common stock was traded over the counter. At that time, a share of stock was trading at $3. The company's initial public offering took place in 1957.

One of Disney's strengths is its worldwide reputation. Its hundreds of television channels broadcast in more than 160 countries have enabled it to stand out from its competitors.

These recent acquisitions and financial results over the past ten years help give  investors confidence in Disney's future.

Disney is currently planning to shut down its channels in favor of its video-on-demand platform. The latter is derived from the same business model as Netflix. This strategic shift is to be analyzed with caution. Indeed, in this field, Disney+ is in strong competition with Netflix, Amazon Prime Video, HBO and Apple TV.