Do you want to invest in the food industry? In this article you will find important information about the stock of Coca-Cola, a leading beverage company. 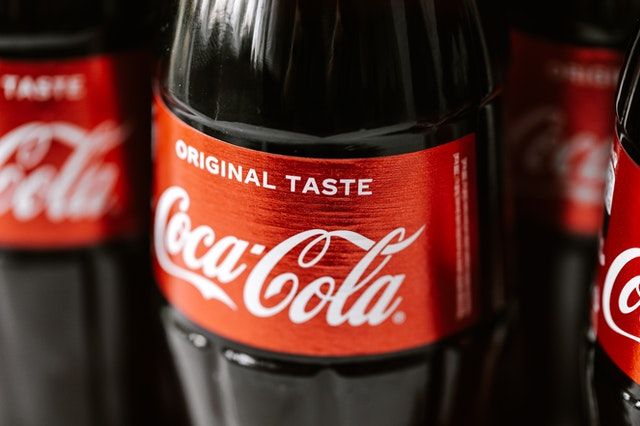 On the stock market, The Coca-Cola Company is a “dividend aristocrat”, meaning that it offers dividends that increase every year. Its profile is therefore attractive to investors. Read on to find more information about the company.

In 1886, John Pemberton invented Coca-Cola, a non-alcoholic version of his French Wine Coca drink. The name comes from the two main ingredients of the beverage: coca leaf and cola nut. In 1887, businessman Asa Griggs Candler bought the right to the drink from its creator. Under the direction of this new owner, Coca-Cola became a registered trademark on January 31, 1893.

Here are a few important dates in the history of the group:

Coca-Cola is a soft drink world leader. It also produces other beverage brands through its various subsidiaries. Its strategy is to invest in other segments such as tea, coffee, mineral water, fruit juices and energy drinks.

20 of the brands owned by the Coca-Cola company are very successful worldwide. These include Coca-Cola, Fanta, Dasani, Sprite, Schweppes, Vitaminwater, bon aqua and Fuze Tea. It is worth noting that the company creates new brands each year, while retiring others.

One of the strengths of Coca-Cola stock is the sustainable competitive advantage held by the company. Its brand awareness is an intangible asset that provides a high barrier to entry for potential competitors. Thanks to this, Coca-Cola will continue to be profitable for a long time to come.

Coca-Cola's strength also lies in its product diversification. The company now holds 25% of the market for all beverages sold in the world in terms of value (excluding tea and coffee). In addition to being the world leader in soft drinks, it is also the leader in fruit juice and coffee drinks. It is also ranked number two in water, sports drinks and tea drinks.

Even if the Coca-Cola group already has a strong reputation, the company continues to appeal to the public with its finely developed communication strategy that includes advertising, use of social networks, involvement of celebrities and sponsorship of sporting events.

Factors that could cause Coca-Cola share prices to fall

Although The Coca-Cola Company has a positive brand image with consumers, its flagship drink Coca-Cola is being singled out by organic food enthusiasts as junk food. This may cause consumption of the soda to decline in the future. But as a forward-thinking company, Coca-Cola can build on its other products, including water. As water is a scarce resource, its value may increase.

Put simply, Coca-Cola remains a good company to invest in. To optimize your investments, seek assistance from trading tools.