Apple Stock: How to invest ?

Want to know more about Apple stock ? Find out everything there is to know about the Apple IPO, sales, profits, weaknesses and challenges. 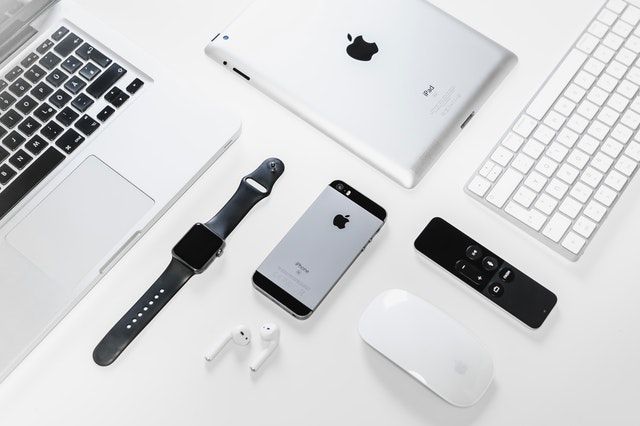 Apple is undoubtedly one of the best-known global companies. Its popularity stems from its innovative nature and from the high quality of its products compared to those of its competitors. All this makes it one of the most profitable companies in recent years. The evolution of Apple's share price from 2019 to now is a clear proof of this. In fact, since 2019, the company's stock has recorded an increase of over 240%.

If you want to invest in Apple (AAPL) stock and benefit from the company’s success, read our article to find out all  you need to know about this asset. You’ll also discover important information about Apple’s business activities.

The History of Apple

The Apple story began in 1976 when Steve Jobs and some friends worked on computer components to develop the first PC (or personal computer). Apple Computer Inc. was not founded until 1977. Two years later, the company launched Viscalc, a calculation automation tool to be used with an Apple II computer.

The Apple II became increasingly successful, with more than 1,3 million copies sold at the beginning of the 80s, unlike its little brother, the Apple III, which had only limited success due to hardware problems.

Apple Computer Inc. went public in 1980, but the company went through several rough patches over the following years, including:

The impact was such that the company's losses amounted to $740 million in 1996.

However, things changed with the return of Steve Jobs and a partnership with the software giant Microsoft. This led to the launch of several successful products, including the iMac, the first digital tablets (1993) and the iPod (2001).

In 2007, Apple Computer Inc. changed its name to Apple Inc. and entered the mobile market with the iPhone.

The Apple brand went public in 1980. From 2006 to today, Apple's share price has increased 43 times. Here is the evolution of its share price since the year of its IPO :

If you look closely, you can see that after every drop, Apple's stock always rises by at least 70%.

Apple is a company with great potential, but is it really worth investing in it? It is impossible to give a firm and definitive answer since we still don't know what will happen to the company in the near future.

However, an overview of the company's strengths and weaknesses gives an idea of the factors that could influence its share price.

All this makes Apple today :

The disadvantages of Apple

Apple has very serious competitors in every segment of its business :

As for the brand's profits, they have also followed the upward trend in sales, increasing 2.2 times from 2011 to 2020.