Amazon is a leading e-commerce company with a strong reputation in the retail sector. Its shares are among the best known on the market and the company attracts many investors. 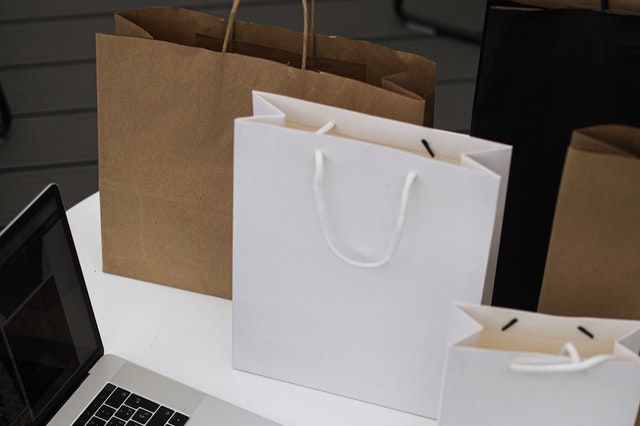 Amazon is a well-known e-commerce company specialising in the distribution of consumer products. It was floated on the NASQAD in 1997 with a capitalisation of $438 million. The company continues to grow year after year.

In early 2020, Amazon reached a $1 trillion in market cap on Wall Street, joining Apple, Alphabet (Google) and Microsoft. In 21 years, Amazon has become the third largest of the “Big Five” and a leader in its field.

Listed on the Nasdaq, Amazon shares are of interest to many traders and individual investors. The company sells internationally and continues to diversify its activity.

In 2003, the company founded Amazon MarketPlace, a platform that enables professionals and individuals to sell their own products.

The company offers video streaming services through Amazon Instant Video. In 2013, it launched the "Prime Air" project, a drone delivery system. Recently, it entered the banking sector. It has also started producing content in partnership with Netflix.

There are over 250 million products listed on Amazon's websites. More than 10,000 French small and medium-sized enterprises (SMEs) are active on the various platforms. The company remains one of the best long-term stock market investments.

Today, Amazon is the largest Internet retailer in the world. With over one million employees, Jezz Bezos' company remains the world's largest employer in its field.

To develop its products and services, the Seattle-based company has initiated partnerships with companies such as  the car manufacturer Ford, with whom it will design a device to control cars remotely. In 2014, Amazon signed a deal with Samsung in order to deliver online content via 4K TVs.

In 2015, Amazon partnered with Nitendo and Spanish company Dia. In 2019, the company signed a contract with Monoprix of the Groupe Casino and with the Volkswagen Group.

As far as competitors are concerned, Amazon has a near-monopoly position in the e-commerce sector. However, a few companies are attempting to compete, such as Barnes & Nobles Inc, eBay Inc, Hastings Entertainment Inc, Apple Inc, Best Buy Co Inc, Books-A-Million Inc and Fnac Darty.

Amazon went public on 14 May 1997, three years after its founding. At the time of the IPO, its stock was worth $18. The next day, the stock was listed on the Nasdaq. Taking into account the three stock splits since then, this price represents $1.50 per share. The company struggled in its early years, posting a $30 million loss.

Between 1998 and 1999, there were three stock splits. Since the 2000s, the online retail giant has enjoyed strong growth thanks to an innovative e-commerce business model, such as Amazon Marketplace partnerships, the digitisation of certain products and simplified purchasing on the site. In 2018, it reached a $1 trillion market cap on Wall Street.

Today, the company's valuation is estimated at USD 1,700 billion. In the years since its founding, the company has kept its growth capacity at a maximum by not paying dividends to its shareholders. Those who bought Amazon shares in January 2001 at a price of $17 have seen their capital multiplied by more than 100 today.

Amazon stock is one of the most sought-after investments for investors today. The factors behind its success include the company's status as an international e-commerce leader, wide range of products, Kindle brand and growth opportunities for the coming years,  alongside its loyalty tool par excellence, Amazon Prime.

Nevertheless, Amazon's share price has progressed over the past few years. Before taking the plunge, investors should carefully analyse the advantages and disadvantages of the stock and seek professional advice.