There are over 10,000 Altcoins currently available on the market. Read our article to find out more and make the right investment choices 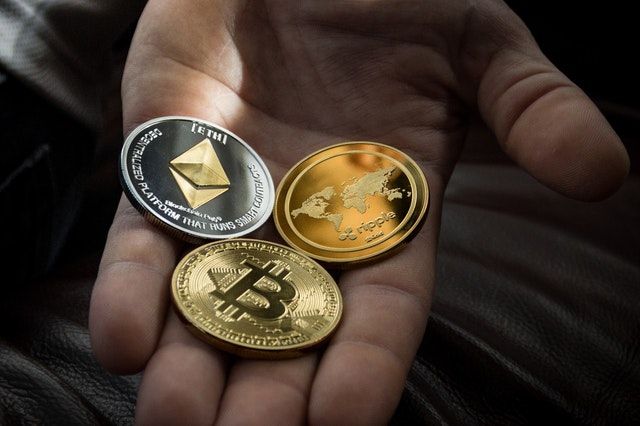 Bitcoin reigns supreme in the cryptocurrency world as the pioneer of all virtual currencies. Other cryptos are therefore referred to as Altcoins. In short, an Altcoin is an alternative to Bitcoin.

There are thousands of cryptocurrencies circulating in the financial market today. This year alone, CoinMarketCap added 2,655 new crypto-currencies to its list. Over the same period, Coinpaprika added 2,000.

Definition and history of Altcoins

The name Altcoin is derived from the term “alternative cryptocurrency”, referring to all virtual currencies except Bitcoin. The main purpose of creating these cryptos is to solve some of the problems related to the use and mining of BTC. Thus, each altcoin has at least one of the characteristics of BTC technology.

Some altcoins are based on algorithms to achieve consensus during transactions. Others, however, incorporate new technologies that improve transaction processing, speed, token distribution methods, scalability, etc.

While there are thousands of altcoins available, most of them have no real use yet. Few altcoins have any real value.

The first altcoin Namecoin (NMC) was launched in 2011, three years after the advent of the Bitcoin network (2009). The objective of launching Namecoin was to improve the anonymity of blockchain users. NMC aimed to strengthen identity decentralization so that censorship would be more difficult.

As a reminder, BTC was intended to make international transactions easier and more secure while guaranteeing the anonymity of users. However, it turns out that exchanges on the blockchain are public. Thus, it was still possible to trace identities.

One of the concerns with BTC is its scarcity. Indeed, the maximum number of Bitcoins in circulation is 21 million. Mining is more and more competitive and transaction delays are lengthening. Depending on the traffic on the blockchain, validation of a transaction takes between 5 minutes and 2 hours.

While Namecoin is currently unknown with minimal value, the altcoin ecosystem has greatly evolved. By 2021, the crypto market has matured considerably. As a result, some stablecoins, such as USDT, Stellar, and LINK, are starting to compete with Ethereum. However, since the invention of cryptos, only Bitcoin has shown true consistency. So far no altcoin has been able to surpass BTC in market capitalization.

A word of warning: Altcoin is totally different from its blockchain even though they often have the same name. Example: the Ripple blockchain can be used by banking institutions. But it has no connection with the Ripple token with which it shares the same name and code. Indeed, distributed registers, architecture and users are totally distinct and independent.

Focus on the most well-known altcoins

The selection below is based on the seniority and size of the communities of specific altcoins. Note that USDT does not work like other altcoins, as it is linked to the USD.

Ethereum (ETH) is a platform allowing developers to design dapps (decentralized applications) via smart contracts. These have predefined protocols between the stakeholders for operations which allows an automatic execution when the conditions are right.

The dapps' protocols thus replace a central authority to improve security and transparency. ETH uses the same proof-of-work algorithm as Bitcoin. The ETH 2.0 project is based on a proof-of-stake consensus algorithm.

Ripple (XRP) : The XRP altcoin was created by the company Ripple Labs for use by banks and financial institutions. The goal is to offer faster and more secure transactions.

Litecoin (LTC) was launched in 2011 by Charlie Lee, this altcoin relies on a Proof-of-Work algorithm based on Scrypt hashing. BTC, on the other hand, uses SHA-256. 84 million LTCs are set to be released into circulation.

Polkadot (DOT) : a competitor to Ethereum, DOT supports data, assets and tokens to make transfers between blockchains. DOT is highly scalable and allows each user to create custom blockchains. Each user has a voting right for governance.

Chainlink (LINK) : this is the most important and popular oracle. An oracle allows blockchains to obtain information extraneous to their networks. This takes the form of decentralized, secure and accurate data streams.

Binance Coin (BNB) : this is the native token of Binance, the largest cryptocurrency exchange. Its main purpose was to reduce fees on the exchange. It’s now also used by users to earn passive income and farm DeFi tokens. The BNB also allows you to participate in IEOs through the Binance Launchpad and to join Binance Chain projects.

EOS : this is a cryptocurrency that is semi-decentralized, but uses a blockchain. The latter is designed to support dapps and decentralized organizations (DAOs) as one of Ethereum's competitors. EOS is also based on smart contract technology. However, EOS is faster and more secure than ETH, but is less decentralized. This is governed by a protocol by participation consensus (dPoS).

Bitcoin Cash (BCH) : This is a fork of BTC launched in 2017 that is dedicated to payments. Its main advantages are that it is faster than Bitcoin and uses less energy. In addition, BCH offers lower transaction fees.

Tether (USDT), an Altcoin from the Stablecoins family and the most stable asset of the moment, as it is linked to the US dollar. Its 1:1 ratio ensures that 1 USDT is always worth $1. Moreover, it is possible to exchange it at any time by making a transfer.

This Altcoin was created to combine the benefits of blockchain with fiat currencies to reduce volatility. Tether is mainly used by traders to hedge funds in the face of uncertainty.

USDT can be used as a means of payment all over the world thanks to the blockchain. However, Tether is highly centralized and transactions can even be blocked at any time by the Tether Company Limited.

Monero (XMR), a privacy-based decentralized altcoin launched in 2014 that enables anonymous transactions. Each party can adjust their degree of visibility and access to their personal data.

Opportunities and risks of Altcoins

Altcoins promise higher rewards. Many cryptocurrency projects increase investments 100-fold in a matter of months. However, while the profitability of alternative cryptocurrencies is promising, it is always necessary to do thorough research before jumping in. After all, high gains mean high risks.

The risks with altcoins are greater in the long run, as most lose value over time. It should be noted that many altcoins are worthless now. As such, their lifespan is short. Because of their lighter capitalization and smaller trading volumes, altcoins are also more volatile.

On the other hand, being based on new technology, altcoins tend to become obsolete as soon as better systems emerge. Finally, we also have to consider the impact that the dynamics of Bitcoin have on altcoins.

For security, note that storing Altcoins and cryptocurrencies in general requires certain precautions. For long-term storage, you should thus avoid leaving cryptos on an online wallet. In fact, it is advisable to use an electronic wallet or a physical Ledger USB wallet.

Regarding the purchase of Altcoins, you can find a wide selection of tokens on exchange platforms, such as Binance, Coinbase, Bitfinex, Coindesk, eToro... Moreover, you have many tools there to track or anticipate cryptocurrency prices, invest in CFDs, trade and learn trading.

Note that there are certain criteria to consider when choosing an Altcoin and the exchange. The most important of these are trading volumes and liquidity.