Alibaba stock: everything you need to know

Interested in Alibaba stock? In this article, find out everything you need to know, including quotations, influencing factors and fluctuations. 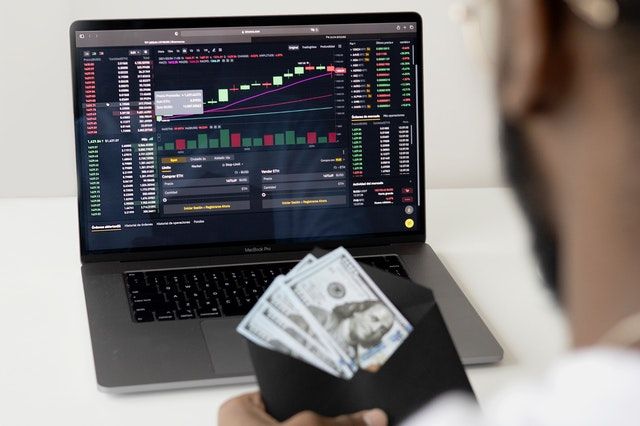 China is the world's leading economic power, a position it owes to its numerous multinational companies, such as Alibaba, the country’s number one e-commerce business. Listed on Wall Street on September 19, 2014, Alibaba Group is now the world's sixth largest capitalization. Its stock is attracting the interest of many investors.

Interested in investing in Alibaba stock? Here’s everything you need to know.

Alibaba was founded in 1999 in Hangzhou by Jack Ma with the idea of connecting Chinese companies with international buyers. Jack Ma, whose real name is Ma Yun, is a brilliant businessman with an atypical background. After several unsuccessful attempts to get into Harvard, he worked as a delivery person and then became an English teacher.

In 1995, he began to take an interest in the Internet and designed the website "China Pages" with his wife and a friend, investing 20,000 dollars of capital. This first project led to the creation of Alibaba.com in 1999. That year, Alibaba managed to raise $25 million from Softbank, Goldman Sachs and Fidelity. From 2003 onwards, the company went through several shifts that led it to be listed on Wall Street in 2014. These include the creation of Taobao.com, China's No. 1 retailer-to-individual sales site, and the launch of Alipay in 2003-2004, the acquisition of Yahoo China in 2005 and the founding of Aliexpress.com in 2010.

These days, Alibaba is one of the biggest names on the web. The company is best known for its marketplace, which connects individuals and professionals. However, Alibaba actually has three different business lines:

Introduction and quotation of Alibaba shares

Alibaba went public on September 19, 2014 with an IPO (Initial Public Offering) of 68 dollars, at that time the biggest IPO in the world - the company raised 25 billion dollars.

Over the past few years, Alibaba's share price has gone through several upswings and downswings.

The following data can also help give a more or less accurate idea of Alibaba stock:

It is difficult to accurately predict Alibaba stock fluctuations. The company will have to overcome several challenges to be able to reach new heights and continue to grow:

One of Alibaba's strengths is that it has successfully positioned itself in the Chinese market, one of the most profitable markets in the world. It also has some success internationally and still has plenty of room for growth. But to gain a stronger position globally, the company will have to appeal to many international business models.

Alibaba is not the only leader in its sector. Its development will also depend on its ability to face its competitors, some of whom already have a solid reputation. What’s more, the increase in demand for the services provided by e-commerce platforms could lead to a decline in the profitability of companies in Alibaba’s market segment, which could lead to a loss of investor interest in the long run.

As mentioned above, Alibaba is not the only company operating in the international e-commerce sector. It competes with other well-known brands, such as Amazon, JD.com, Apple INC, Wal-Mart, Suning Commerce Group Co, Otto, Tesco PLC, Vipshop Holdings Limited, Liberty Interactive Corporation and Macy's.

As for profits, they have increased 5 times since 2014 and reached $21.10 billion for the fiscal year ended March 31, 2020. Here, a clarification must be made: in order to fund its growth, Alibaba does not pay dividends to shareholders.